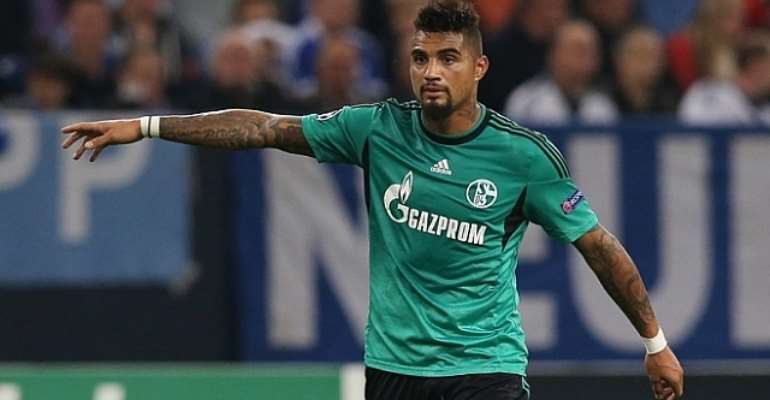 by Godfred Akoto Boafo
Ghana and Schalke 04 star Kevin Prince Boateng is delighted with the Royal Blues win over Wolfsburg on Saturday.

The 2-1 win put lifted Schalke http://http://allsports.com.gh/2014/02/01/prince-boateng-scores-winner-for-schalke/ up to fourth in the league table with a chance of making the Champions league next season.

“I'm delighted with the win as it was massively important. It's always tough to play against ten men – they always run a lot more and it becomes a mental thing to try and beat them. Credit to the team, though, for switching on and changing the game when things didn't seem to be working for us.”

Boateng scored his sixth league goal of the campaign in the encounter.

Schalke have been boosted by the return to fitness of Dutch striker Klass Jan Huntelaar and Nigerian attacker Chinedu Obasi ahead of a crucila month which sees them in a difficult champions league match up against  Spanish side Real Madrid.