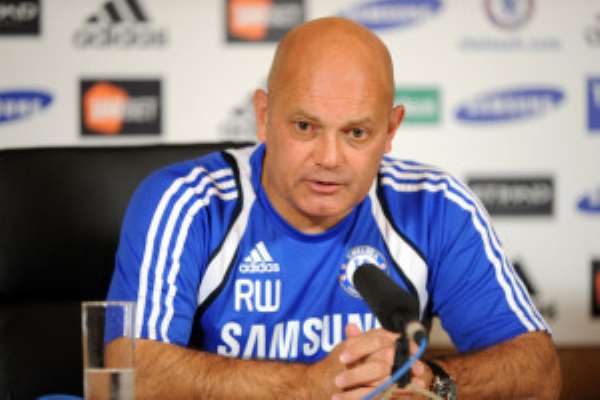 http://en.africatopsports.com/wp-content/uploads/2013/12/Chelsea+Training+Press+Conference+f_8U-_Ivo-Vl.jpg Ray Wilkins released being impressed by the Blues' Sunday performance against Southampton 3-1.

The Blues did not fold arms when Jay Rodriguez scored them first through a defending mistake of Michael Essien .

They then took revenge in the second half with goals from Gary Cahill, John Terry and substitute Demba Ba to hook a commendable 3-1 win over Saints to stand on the heels of Arsenal in the race for the title.

“Chelsea were a totally different side in the second half; they came out and played with real energy,” said Wilkins on Sky Sports.

“A lot of that was down to Frank Lampard and to Ramires in the middle of the pitch. They moved the ball quicker and the energy levels were totally different Southampton could not live with them and Chelsea could have scored a couple more.

“That is the sign of a really good side; they did not play well in the first half so they have rolled their sleeves up and come out and given it a really good go in the second half and they were very good.”