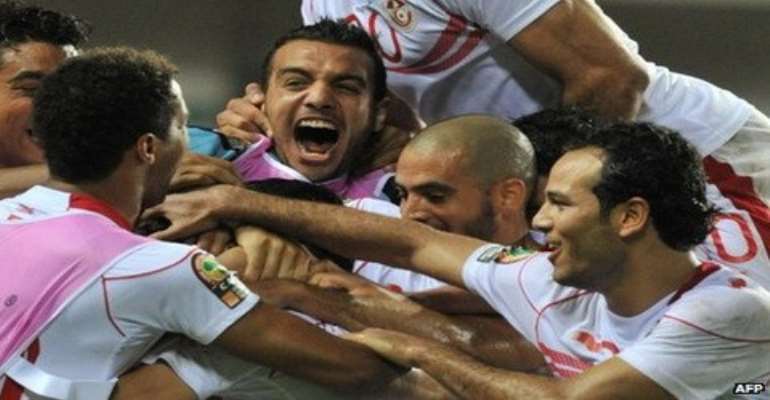 Tunisia's efforts to have Cameroon disqualified for fielding ineligible players could be on shaky ground with reports that both players were cleared by FIFA.

Cameroon pulled off a 4-1 win over Tunisia yesterday to secure their berth at next year's World Cup, with Samuel Eto'o captaining the side.

According to Tunisian outlet Akhbar, Cameroon players Joel Matip and Eric Maxim Choupo-Moting were deemed by Tunisia as ineligible owing to their participation in Germany's national youth teams.

Matip was an unused substitute in yesterday's game, though Choupo-Moting came on as a 63rd-minute replacement for goalscorer Pierre Webo.

Ironically, Tunisia's passage to the World Cup playoffs was down to Cape Verde being disqualified for fielding an ineligible player in Steaua Bucharest defender Fernando Varela.

While it is apparent that Matip and Choupo-Moting were capped at youth level by Germany, it is believed both were allowed by FIFA to turn out for Cameroon.

Indeed, Matip has already made 16 appearances for Cameroon, with Choupo-Moting on 20.

The president of the Tunisian Football Federation Wadii Jary is understood to have given written notice of the country's protest.

However, it could prove for nought, allaying fears that Eto'o would miss next year's World Cup despite having a tough time re-adjusting to his national return.

Both Matip and Choupo-Moting play their club football in Germany, at Schalke and Mainz respectively.