It's A Done Deal! We Are In Brazil – Gnpc Boss Alex Mould 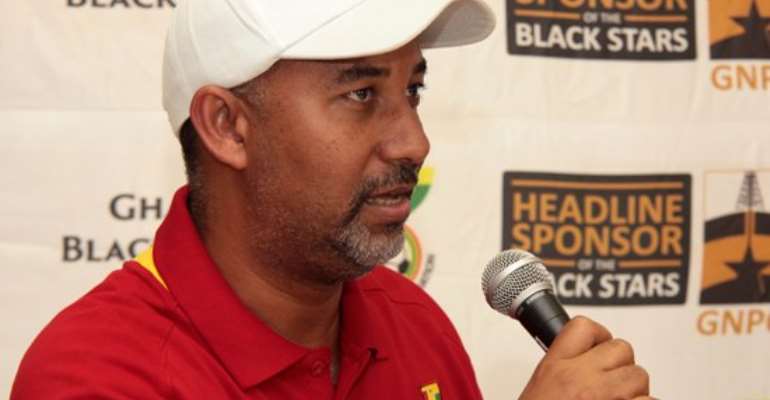 New GNPC boss Alex Mould insists the Black Stars have qualified for the World Cup following their resounding 6-1 win over Egypt in the first leg of the playoffs on Tuesday.

Ghana were impressive in blowing away the record African Cup winners before a packed crowd at the Baba Yara Stadium in Kumasi.

An own goal followed by another from Abdul Majeed Waris saw the Black Stars go into recess 3-1 up after Mohammed ABoutrika had pulled one back for Egypt from the spot.

Gyan returned to grab his brace in the second half before Sulley Muntari and Christian Atsu put a gloss on the impressive Ghana outing on the day.

While officials of the Ghana FA and coach Akwasi Appiah cautiously optimistic of Ghana's progress to a third straight World Cup finals ahead of next month's return encounter, the boss of the headline sponsors of the Black Stars minced no words in insisting qualification has already been secured.

“It is a done deal,” he told Radio Gold after the game on Tuesday.

“But we will go to Egypt once they ensure the place is safe for their players and ours to play the game.

“Did you ever think we were going to score six today?

“The boys have made us very proud and now the only thing left is to put everything in place, all the packages in place to take the Black Stars to Brazil.”