Egypt Worried Over State Of 'home' Pitch Ahead Of Ghana Showdown 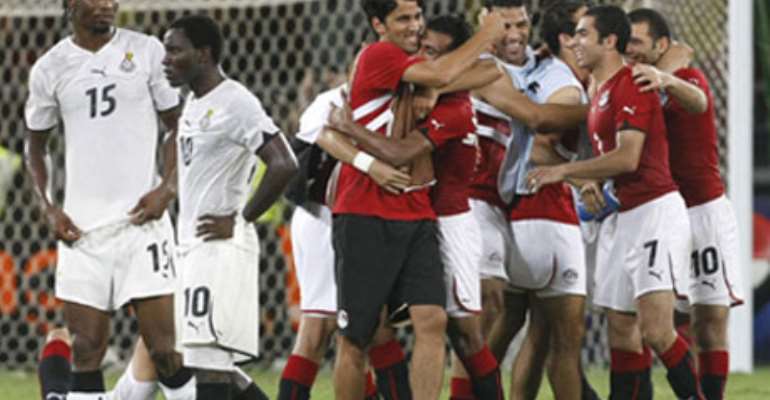 Egypt midfielder Ahmed Farag has expressed concerns over the pitch conditions at the Air Defence Stadium in Cairo, fearing it could pose a major threat  to their ambitions of beating Ghana to qualify to the 2014 FIFA World Cup in Brazil.

The Egyptian FA announced the Al Defaa Al Gawi Military Stadium in Cairo as the match venue for the crucial reverse fixture on November 19  this week after days of uncertainty due to the volatile political situation in the country.

The North African country was hoping to play the match at the intimidating 75,000 capacity stadium in Cairo but have been forced to shelve those plans due to security concerns.

Farag, 27, who currently plays for Belgian side Lierse fears the messy playing surface might have a big say during their second-leg clash against the Black Stars.

“The Air Defence Stadium is a good stadium but the field is not good because so many matches have been played on that pitch,” Farag told the BBC

“When you watch on TV you would think the field is good but really the pitch is not good. The players don't like this field and that could go against us.”

The Black Stars will host the Pharaohs in the first leg on October 15 in Kumasi before they travel to face their opponent in a crucial return leg in the North African country.