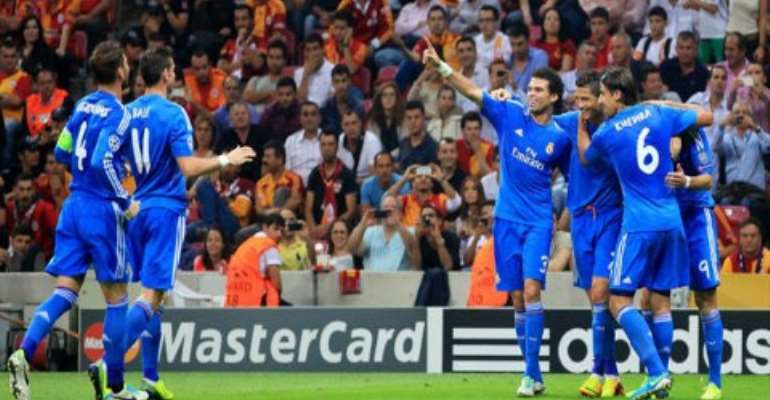 Emmanuel Eboué had an evening to forget as Galatasaray AŞ went down 6-1 to Real Madrid CF, a sharp contrast to Karim Benzema who reflected on a night where everything "fell into place".

"Everything seemed to fall into place," was how Real Madrid CF forward Karim Benzema described his side's UEFA Champions League opener at Galatasaray AŞ, scoring two in the 6-1 win.

The Frenchman, along with three-goal Cristiano Ronaldo, admitted that the hosts caused the Spanish team problems in the opening 30 minutes, but believes the result lays down a major marker in the competition.

Cimbom defender Emmanuel Eboué, meanwhile, admitted he did not enjoy his evening as part of a defence which conceded five goals after the interval. "I would rather forget about the second half," he glumly concluded.

Karim Benzema, Real Madrid CF forward
I believe Galatasaray played a very good first half hour; very confident, aggressive, pushing us back a lot. Things changed after Isco scored [on 33 minutes], his goal gave us the necessary boost. I felt very confident tonight, which obviously reflects in me scoring twice. But all in all the whole team performed well. This evening was one of these moments where everything seemed to fall into place.

Cristiano Ronaldo, Real Madrid forward
Scoring six goals away, especially here, is a major achievement. It is a serious boost for our confidence. But let us not forget Galatasaray made it really difficult for us in the first 20 minutes. After we opened the scoring we took over and it became more easy. The result speaks volumes.

Emmanuel Eboué, Galatasaray defender
Everybody who saw this game will tell you Galatasaray played a very strong opening 30 minutes, proving our team can achieve great things. However, the difference between Real Madrid and us is that they score goals more easily than we do. We created sufficient chances but could not capitalise; they did.

In the second half we started making a lot of mistakes in defence as well. I would rather forget about the second half, but then again we have to learn from what went wrong. Learning from this is important for the games to come. I prefer not to jump to conclusions. This was just one game of six to play.

Felipe Melo, Galatasaray midfielder
I feel upset and sad, because this was a result nobody expected. And half an hour into the game, who would have predicted 6-1? You can play as good as you possibly can, but in the end you are facing Real Madrid, a team consisting of some of the best players in the world.