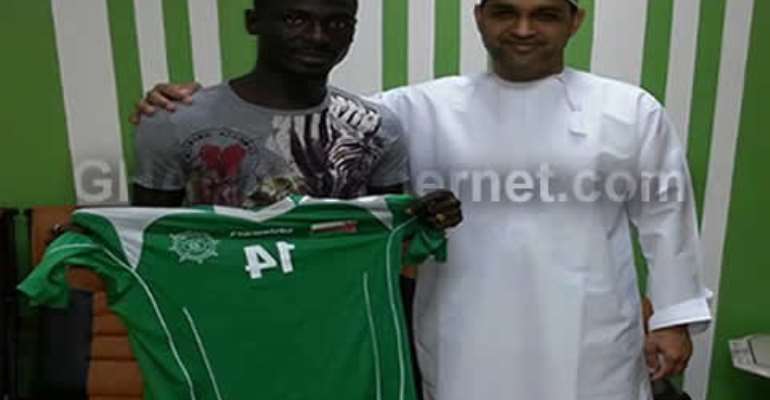 The 27-year-old joins the Kings after ending his four-year stint at the capital-based club.

The former Real Sportive impressive enforcer has an option to sign a one-year extension if he impresses during the 12 months period.

The deal was brokered by Footy Management, a football agency based in Ghana and South Africa, Ghana's leading football website can reveal.

Mends quality has never been in doubt after excelling for Hearts during his debut season where he helped the team clinch the Ghana Premier League title in 2008.

He's simply priceless and proficient in distributing play from the backline with his long-distance shooting and assisting ability as well as promoting passing play from the middle of the park his key attributes.

The ex- Great Ambassadors youth player could mark his debut in the Elite League opener against Al Seeb on Friday at the Sur Sports Complex.