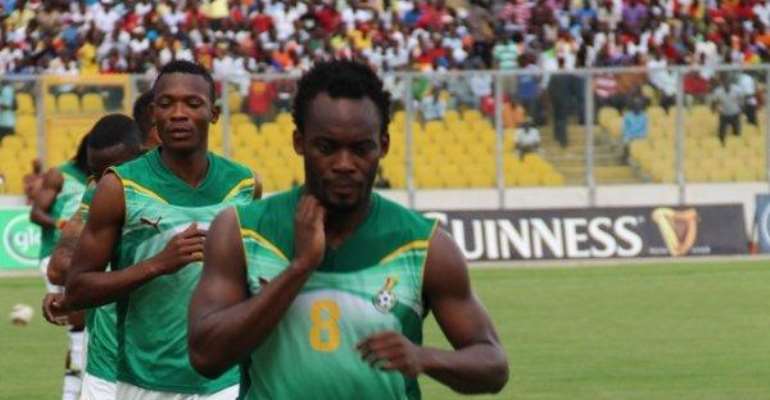 Michael Essien is back for Ghana

Ghana FA boss Kwesi Nyantakyi says he is not surprised by the 'dramatic' return of Michael Essien to the Black Stars.

The Chelsea star was undoubtedly a surprise inclusion in Ghana's squad for next month's 2014 World Cup qualifier against Zambia.

The 30-year-old is making a return to the Black Stars team after a two-year absence.

Essien had made a verbal request to be excused from national team duty in order to regain his regular place at club level after a series of extended spells on the sidelines through injury.

The former Lyon man who excelled on loan at Real Madrid last season but now struggling to get into the team on his return to Chelsea has now decided to suddenly end his international sabbatical to the surprise of many but not GFA boss Kwesi Nyantakyi.

“Is that's so (in response to the surprise of many Ghanaians at Essien's return)? I am not surprised because we do a lot of underground work,” he said after the launch of the associations television channel GFA TV on Tuesday.

“We have engaged Michael since 2010, we have listened to his concerns and at long last we are happy he has decided to make a dramatic return to the national team.”

Essiens joins the likes of Kevin-Prince Boateng and Andre Ayew who are also making international returns of their own.

Their return has boosted the general morale of the team and its supporters ahead of the crunch game on September 6 in Kumasi.