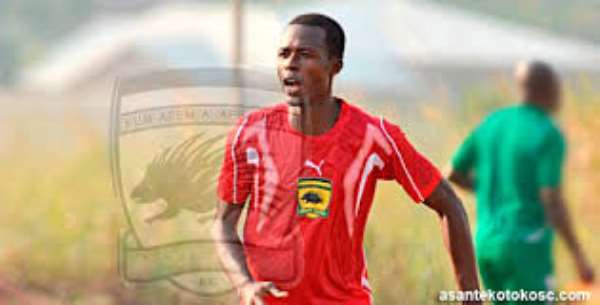 Bancey, who joined the Porcupine Warriors from Ebusua Dwarfs, has not won the fans over despite playing a role in their title success.

The Ghanaian League champions have agreed to loan out the bulky striker who was heavily criticized by many fans for his perceived poor performance in front of goal last season.

The Porcupine Warriors have signed Edubiase captain Abeiku Ainooson while Asiedu Atobrah is on his way to the club despite being tracked by Major League Soccer side Columbus Crew.

Edubiase are looking for replacements for some of their their departures ahead of the start of the new season on September 15 and have penciled down a number of potential signings.