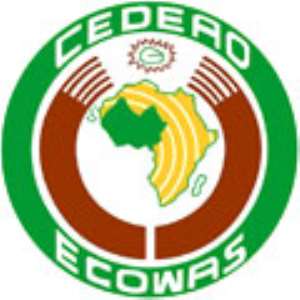 ABUJA, Nigeria, March 18, 2013/African Press Organization (APO)/ -- The Speaker of the ECOWAS Parliament, Senator Ike Ekweremadu on Friday, 15th March 2013 in Uyo, capital of Nigeria's Akwa Ibom State, urged stakeholders to support a draft Act for the enhancement of the legislative powers of the institution to enable it serve the Community better and in accordance with international best practices.

Senator Ekweremadu, Deputy President of Nigeria's upper legislative Chamber, the Senate, told participants of an ECOWAS Retreat that the move would equip the Parliament with the requisite powers to effectively compliment the activities of other Community institutions in fulfilling the aspirations of the Community.

"It is my belief that a legislating ECOWAS Parliament will not only conform to International Conventions and best practices in regional integration, but would fast track the transition to an ECOWAS of People," he said in his presentation to the 7th joint Retreat of the ECOWAS Commission, Community Institutions, Permanent and Special Representatives and Heads of National Units.

The draft Supplementary Act is in response to the 2006 Decision of regional leaders authorising the revision of the legal text setting up the institution towards enhancing its powers. It provides for direct election into the institution, oversight of sectoral policies and confirmation of statutory appointees, establishment of office of Parliamentary Ombudsman, and the integration of the parliament into the regional conflict resolutions and management architecture.

Speaker Ekweremadu said the ECOWAS Vision 2020 for transformation into an ECOWAS of People should not be seen as a "well-worded banner, but should mark the beginning of a radical shift in the strategy of the Community," where Community priorities are citizen-driven and not determined by convenience.

While stressing that the time was auspicious for such enhancement, he highlighted the contributions of the Parliament to regional integration, especially in democracy and good governance; peace, security and stability, and the promotion of trade and free movement. Also, in the Economic Partnership Agreement (EPA) being negotiated between West Africa and the European Union, the Parliament has called for a visa-free regime to be integrated into the impending Agreement.

The Parliamentary Speaker said the free visa regime would contribute to balanced trade and cooperation, describing as "unacceptable diplomatic let down and economic setback, a situation where qualified and credible ECOWAS business persons and government officials are denied visa to enter and carry out legitimate businesses in Europe."

During question and answer session after the presentation, the President of the ECOWAS Commission, His Excellency Kadré Désiré Ouédraogo said the Commission has initiated the process for the development of a legal document to boost the powers of the Parliament.

The President of the Community Court, Justice Nana Awa Daboya made a presentation on the role of the institution in regional integration and listed some recommendations to strengthen its contribution.

These include the ratification of Community Protocols, allowing the Court jurisdiction over serious violation of human rights, institution of a mechanism for implementing the decisions of the Court and designating focal points in Member States for the execution of the Court's decisions and an increase in the number of the judges of the Court.

There were also presentations by other community institutions including the West African Health Organisation, the ECOWAS Bank for Investment and Development and the West African Power Pool.

The three-day 7th joint retreat is discussing the mechanism for coordinated implementation of regional integration programmes in Member States.