Indian Wells: Federer in less than an hour 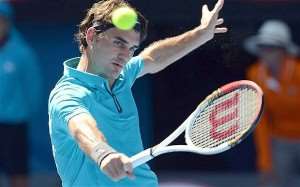 Roger Federer did not take long for his opening match (second round) in the 1000 Masters in Indan Wells. The Switzerland of South African mother got rid of Ousbek Denis Istomin (43rd worldwide) two sets to zero in 57 minutes. Is 6-2, 6-3.

In the next round, the world number two will face Ivan Dodig.

He confronts the for 3rd round the Argentine, Leonardo Mayer.