Squash / North American Open 2013: The Egyptians pass the first round 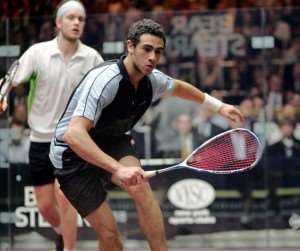 Starting with the favors of the prognosis, the Egyptians have confirmed all the good we think of them at the North American Open 2013 of Squash.

The pharaohs have all passed easily in the first round in Richmond.

For his part, the South African Stephen Coppinger bowed to the German Simon Rosner (1-3).