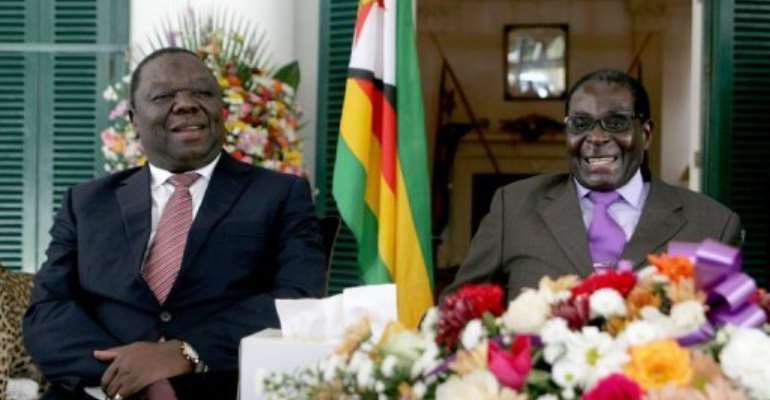 HARARE (AFP) - Zimbabwe's prime minister announced Wednesday that the country will hold a constitutional referendum in March followed by elections in July, a timetable that will decide the fate of veteran President Robert Mugabe.

"There will be a referendum in March," said Morgan Tsvangirai, Mugabe's rival in the power sharing government.

Douglas Mwonzora, a spokesman for Tsvangirai's Movement for Democratic Change, told AFP the referendum will be held on March 16.

Zimbabweans will be asked to vote on a basic law that would, for the first time, set presidential term limits and abolish the head of state's immunity.

It would also set the stage for a presidential and legislative election that will be held in July, according to Tsvangirai.

Then, Zimbabweans will face a choice between Tsvangirai and Mugabe, who entered an uneasy coalition government after bloody 2008 elections.

A victory for the 88-year-old Mugabe would extend his 32 years in power, a reign that in the last decade has been pocked by economic meltdown and serious rights violations.

Allowance For Workers Who Lost Job Due To Covid-19 — Mahama ...
8 minutes ago

Ghana Back To HIPC Not Surprising, Spending 46% Of Tax Reven...
26 minutes ago