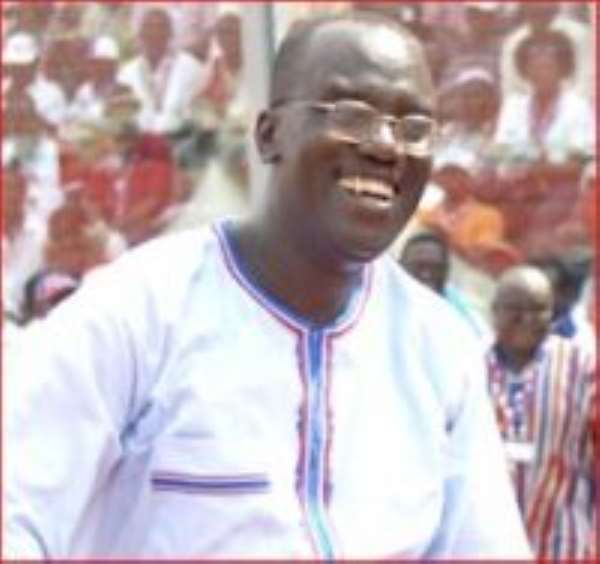 The General Secretary of the New Patriotic Party, Kwadwo Owusu Afriyie, has called on President Mills to allay the fears of the Chiefs and people of Aflao, and indeed the entire country, over claims of alleged withholding of development from people who allow perceived opponents of government to use their areas to launch criticisms on government.

The NPP General Secretary, in a statement issued at the weekend, indicated that the NPP was very disturbed by the import of the statement issued by the Senior Divisional Chiefs, Council of Elders and the Youth Association of Aflao.

In the said statement, the signees expressed fears that the decision by former President Rawlings and his loyalists to hold the 33rd Anniversary of June 4 in Aflao could result in the area being penalised by Mills-Mahama administration in the distribution of development projects.

According to the NPP Chief Scribe, the import of the statement from Aflao “is the implied threatening message it sends not only to the people of Aflao in the Volta Region but also to the rest of the country that allowing certain opposing views from certain opposing personalities or groups to be freely expressed in any geographical space in Ghana may lead to severe sanctions from the State.”

He therefore urged government to depart from the stance of silence it had adopted on the matter, adding that the continued silence on the issue would “advance the impression [that] it wants certain areas to become no-go zones for opposing voices.”

Mr Owusu Afriyie continued: “To ignore this is to add credence to the worrying allegation that prior threats from government to the Chiefs and People of Aflao, at least, influenced the issuance of the said statement from Aflao.”

He further called on President Mills to show leadership and take immediate steps to assure the Chiefs and people of Aflao that he “would not be that vindictive to deny a whole area its share of the national development cake because that area ends up to be the venue of choice by any person or group that is likely to make statements opposing the ruling party or its current leadership.”

He quoted Article 35 clause (6) sub-section (d) which states that the State shall ensure “undertaking even and balanced development of all regions and every part of each region of Ghana, and, in particular, improving the conditions of life in the rural areas, and generally, redressing any imbalance in development between the rural and the urban areas.”

“It is our view that government should quickly issue a statement to assure the Chiefs and people of Aflao that they have no reason to entertain any such fears,” he added.

According to Sir John, the NPP's motto of Development in Freedom, which is endorsed by the Constitution of the 4th Republic, should be allowed to serve as the means to national development, adding that freedom should not an option that can be suspended for the sake of development.