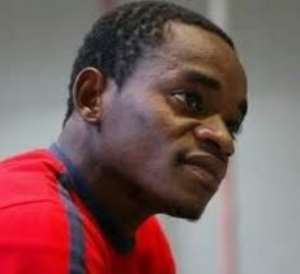 Ghana premier league side Liberty Professionals is optimistic of a top four finish after humiliating Bechem United by 5-0 at the Carl Reindolf Park in a midweek league match.

The score line stays as the biggest so far after match day six in the ongoing premier league. Liberty are now placed 7th with 10 points and are eager to end the first round of the league in a top four position.

Captain of the Dansoman based team Michael Kafui Helebge says " I am optimistic of maintaining the club's scoring prowess after thrashing new comers Bechem United by 5-0" he told Joy Sports.

The 26year old captain earned his first national cap playing for the Ghana national football team against Austria on 24 March 2007 at the UPC-Arena, Graz, Austria. He was the captain of the Ghanaian Olympics football team in 2004