Meteors walk on as Benin pulls out 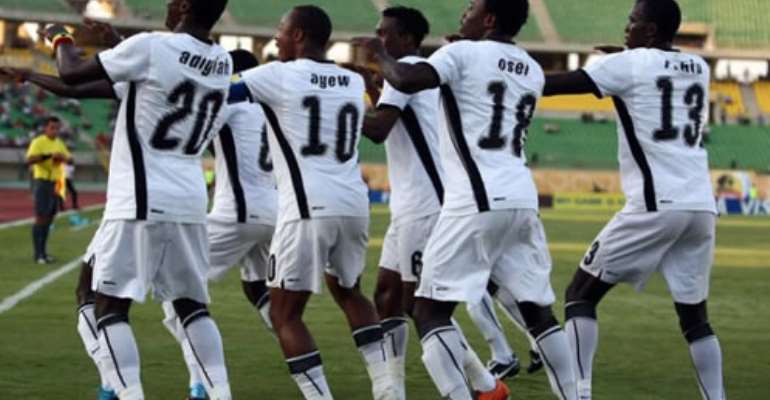 Ghana's Olympic Team, Black Meteors walks to the next stage of the All Africa Games qualifiers without kicking a ball after Benin pulled out of the competition.

The game was billed for the Ohene Djan Stadium, Accra, on Sunday April 17.

A communiqué from the Confederations of African Football (CAF) chanced upon by the GNA Sports called off the game citing Benin's withdrawal.

The communiqué did not provide reasons for the withdrawal but confirmed Ghana's qualification into the next stage of the competition.

Both teams were billed to play the first leg of the qualifiers in Accra before a second leg in Cotonou a fortnight on.

The Meteors would have been under intense pressure to beat Benin after their London 2012 Olympic Games dream fizzled into thin air after a 1-1 draw with their Sudanese counterparts in Khartoum.

The Accra game was dubbed the centre of attraction with Meteors hoping for a convincing win to make up for their shock exit from the Olympic Games qualifiers only last week.