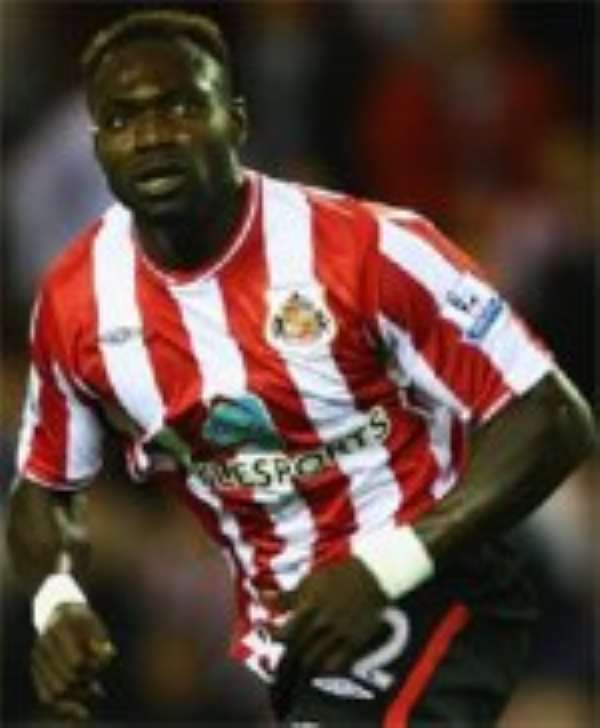 Sunderland defender will be out for at least three weeks after suffering a groin injury in last Saturday's 3-2 home defeat by West Brom.

The 28-year-old Ghana international suffered a grade two adductor tear 11 minutes into the match and will be sidelined for the rest of April.

Mensah, who has been plagued by injury in his two seasons on loan from Lyon, had managed seven successive starts.

But he could now miss games against Birmingham, Wigan and Fulham.

Mensah has made 16 appearances this season for Sunderland and, when fit, has proved a key man for Steve Bruce's side.

Bruce is currently trying to get to the bottom of why so many of his players break down in games with Mensah, midfielder Kieran Richardson and defender Anton Ferdinand all limping off on Saturday.

The manager has a headache for Saturday's crucial Premier League trip to former club Birmingham with Mensah joining fellow centre-back Titus Bramble on the sidelines and Ferdinand battling to shake off a hamstring problem.

Michael Turner is just two games into his comeback from a knee injury, but Bruce's options in central defence are now severely limited, and that could mean a move into the middle for regular right-back Nedum Onuoha.