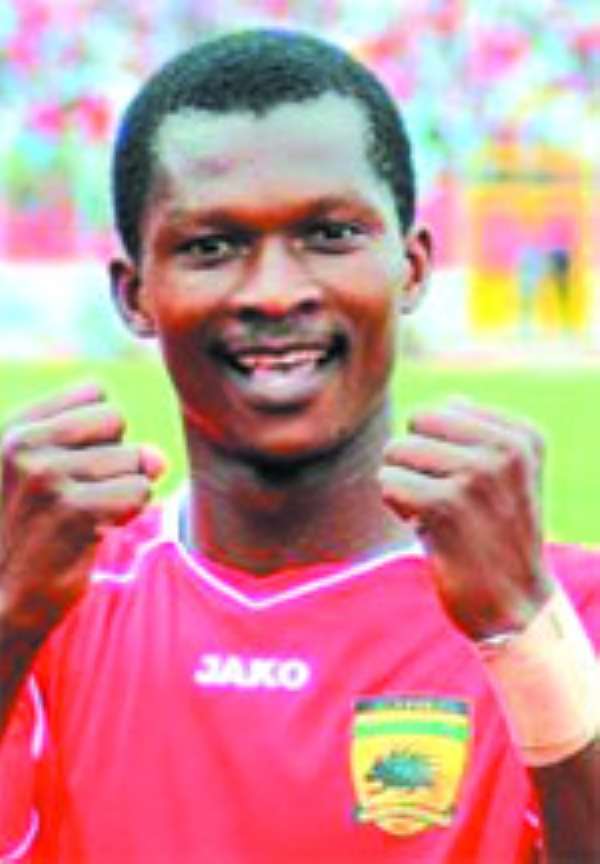 'Born again'Asante Kotoko kept their current invincibility aura intact, when they returned from the Wa Park yesterday unscathed, beating All Stars back-to-back 2-0, after a 2-1 victory in the first round.

It was the visitor's second successive win after a stuttering run in the first round that pushed them to the relegation zone.

Former All Stars striker Nathaniel Asamoah scored in both halves to confirm the Kumasi-based club's rebirth in the Glo premier league top liner.

Their unimpressive performance irked management to embark on a mass player jettisoning exercise, which had brought on new faces resulting in their revival.

Hearts, on the other hand, lost their second successive game to the same side, RTU 0-1 in two weeks, before home crowd in Accra.

Midfielder Sumaila Yahaya's second half strike was enough to hand the relegation threatened side all the points.