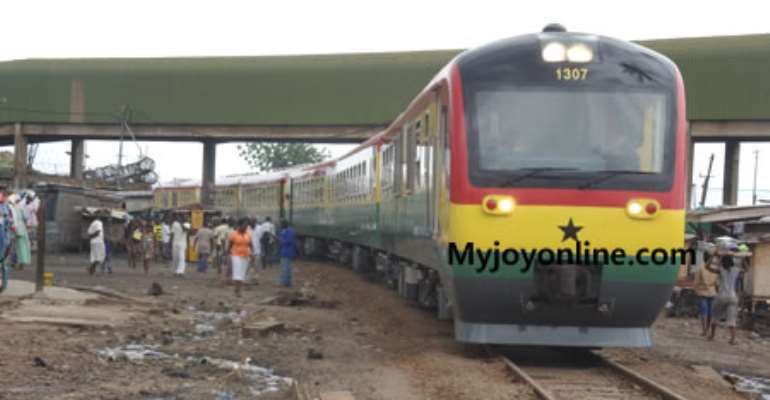 Government has challenged claims that the Kufuor administration did majority of work on the Asoprochona to Tema railway line due for commissioning by President Mills later today.

He said out of the 24km rail tracks, only about two-and-a-half kilometers was undone by the time the NPP exited from office.

Prof. Akumfi said the Deputy Transport Minister, Dzifa Attivor's comments a couple of weeks ago that the new train were ample demonstration of the government's commitment to revamping the sector was disingenuous.

“All that I'm asking is that recognition is given…the deputy minister's statement was as if nothing had been done,” he said.

But Transport Minister Mike Hammah said the project being commissioned today is a whole lot different from what the NPP is claiming credit for.

He said tracks that were laid under the NPP were reconstructed by the NDC administration.

President Mills will, at the commissioning, unveil his plan to revamp the rail sector as part of measures to ease road traffic especially in Accra.

Government spent about 16.5 million dollars to construct the rail tracks from Asoproachona to Tema and a new rail station in Tema.