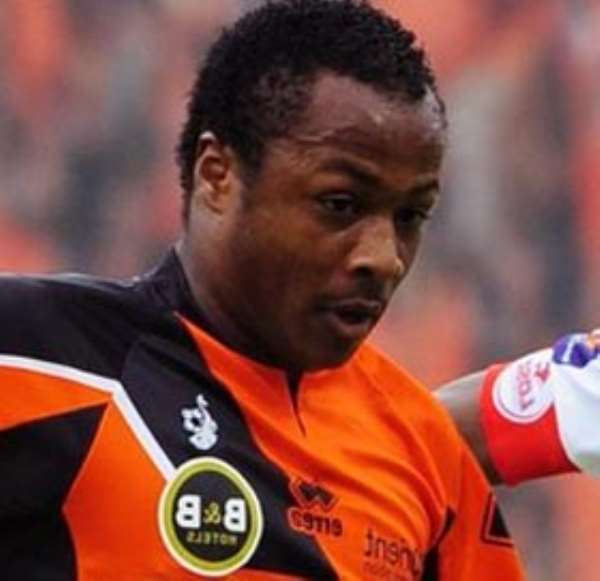 The son of legend Abedi Pele scored twice in the last three minutes to ensure that his club are still in the hunt for a top flight place next season.

Dede struck with only three minutes remaining in the game to cancel out Diallo's opener for the home team.

And the talented Ghanaian utility player hit the winner for the visitors when he converted a penalty in the 90th minute to send the visiting fans into ruptures.

It is the fifth back-to-back man-of-the-match performance by the player who is gunning for a place in the Black Stars squad at the World Cup.

The news will also delight Ghana coach Milovan Rajevac who is keen on his players being in top shape ahead of the World Cup in South Africa in June.

Arles, who are fourth on the league table, are tied on points with third-place Metz who have better goal difference.

Man killed by bosom friend for demanding GH¢4 debt at Seikwa...
13 minutes ago