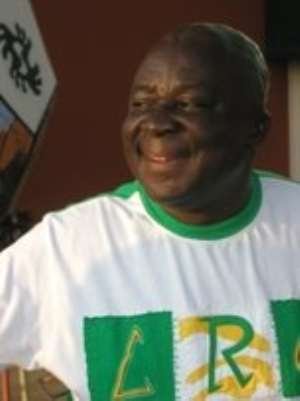 Sporting Mirren coach, E.K Afranie, says his side will not play it ''soft'' for Hearts of Oak in the final crucial match in the Glo Premier League at the Ohene Djan Stadium on Sunday. The veteran coach says his already-relegated side hold the key to decide which team will emerge as eventual champions.

Hearts of Oak need to collect the maximum points against their city rivals in a must win encounter to render the pursuit of Kotoko futile. The Porcupine Warriors must win their last game against King Faisal and hope their perennial rivals slip at home against the relegation bound team.

Afranie insists victory for Hearts would not come easy.

"We know we hold the key to the team that will win the league on Sunday but we will play it hard against Hearts," Afranie told source. "We are already out of the league but that does not mean we will allow Hearts to just beat us and win the league on a silver platter.

"We have to show the rest of the world that we are committed to playing high competitive matches no matter the situation."