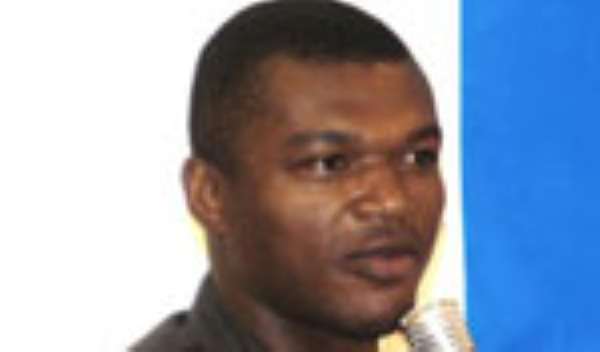 The 40-year-old is a firm favourite to take over from Claude Le Roy after the Frenchman decided on Thursday not to extend his stay with Ghana.

Desailly, who was born in Ghana but went on to captain France, is the favourite among administrators and fans following the announcement of Le Roy's departure.

He turned down coaching offers from clubs in England, France and Italy saying he wants to contribute to the development of the Ghana national team as Jurgen Klinsmann did with the German national team.

Even though the position will be vacant by 31 May when Le Roy leaves, Desailly has refused to answer questions about a possible move to coach the Black Stars saying he has not been contacted by the Ghana football authorities.

"It is unfair for me to make any comment at this moment because I have not been contacted by the Ghana FA yet," Desailly told Ghanasoccernet.

"Once contact has been made I should be in the position to make a firm statement about my coaching future.

"Until such a time tell the fans it is no comment from Marcel Desailly."

Desailly, who was born in Ghana before moving to France as a child, retired as a player in 2006 and has spent his time since then as an ambassador for UNICEF and working on other projects, mostly with children and also acquiring his coaching license with Uefa.

He helped France win the World Cup in 1998 and the European Championship two years later but ruled himself out of the Ghana job when it went to Le Roy in 2006.

Desailly enjoyed a successful career at club level as well as with France, winning the Uefa Champions League with Olympique Marseille in 1993 before enjoying long spells with AC Milan and Chelsea before closing out his career in Qatar.