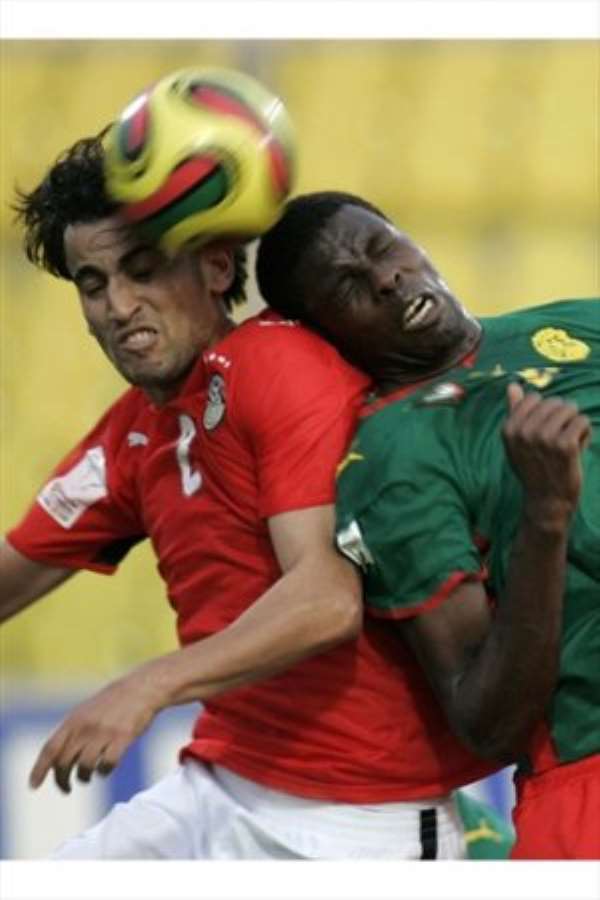 After three fantastic weeks of pure and undiluted African football, we have finally come to the final and most decisive match of the tournament. Defending champions Egypt will attempt to stretch their African Nations Cup tally of victories to six, while the Indomitable Lions of Cameroon will want to equal the existing record after 90 minutes (or more) of football at the Ohene Djan Stadium in Accra this evening.

A quiet entry into the finals

Both of these teams came into this tournament with little fanfare, and many soccer analysts in the continent had by-passed them when making their predictions for the likely winners of the tournament.

In fairness to the pundits, neither side had exactly been the toasts of African football prior to the championship, having failed to greatly impress in friendlies coming into this championship.

But Hassan Shehata was able to keep together most of his players that won the last African Nations Cup in 2006, and the cohesion and understanding that has come with playing together all these while is really what has propelled the team thus far. The Egyptians have played a brand of football that is pacy, dynamic and extremely effective.

Coincidentally, their first big success came against the Indomitable Lions of Cameroon, with a Mohammed Zidan double giving the Pharaohs a 4-2 victory in their opening Group C game.

But Otto Pfister has been able to get his wards to come back from that shocking opening defeat, and they have practically roared their way into this final, leaving many casualties along their way.

The biggest victim would undoubtedly be the host nation, Ghana, whose aspirations of home success were unceremoniously cut short by this highly ambitious Cameroonian side.

The Central African country also boasts the highest goalscorer so far at this year's tournament, Samuel Eto'o Fils, whose immense contribution to the Lions' revival cannot be overemphasized.

A Tale Of Two Coaches?

Coach Otto Pfister, who has worked in the continent of Africa for about 35-odd years now, will be seeking his first African Nations Cup Victory in today's clash. The 70 year-old German born tactician has cut a very peculiar figure at this year's tournament, with his rather caustic comments criticizing the organization of the championship.

But his wealth of experience in the continent has surely given him that edge so far, but how that experience does fare against the tactics of yet another veteran coach in Hassan Shehata will decide where the trophy heads to after the tournament.

Each team came through difficult semifinal fixtures. The Cameroonians had to face the hosts in front of an intimidating crowd in Accra, while the Egyptians had to meet the title favourites, Ivory Coast. While the Lions pipped the hosts in front of their fans, something they have come to always do at ANC competitions, the Pharaohs confounded all the bookmakers by giving the Ivorians a lesson in classical African football.

It would therefore suffice to say that these two teams have merited their place at the final of Africa's most prestigious soccer competition.

Latest FIFA rankings put the Lions two places above the Egyptians, but the Pharaohs are coming into this game as strong favorites after they systematically dismantled the Ivorians in the semifinal.

The last time these two teams met in the final of this competition was in 1986, when the Pharaohs won their third title on penalties in Cairo. The Cameroonians had pointed to the home advantage being enjoyed by the Egyptians for their loss, but now the venue is alien to both sides and the stage is set for an entertaining evening of African football.

A moment of madness in the dying minutes of the semi final clash against the Black Stars of Ghana saw Reading defender Andre Bikey pick up an unnecessary red card, which has ruled him out of today's massive encounter. The defender had given a first aid attendant a hard shove, which sent him flying to the ground, all for some yet to be identified reason.

With Bikey's absence, we could possibly see the introduction of Qatar based defender Bill Tchato into the squad for the finals, or Geremi Njitap could possibly be drafted into a defensive role.

Espanyol goalkeeper Carlos Idriss Kameni should retain his position in between the posts. The keeper made some brave saves in the team's last game against Ghana, keeping a clean sheet.

“Father” of the team Rigobert Song will pair up with Hamburg SV defender Timothy Atouba at the heart of the defence.

Benoit Anwgwa and Portugal-based defender Augustin Binya could also feature in the starting line up for the Cameroonians.

There are conflicting reports about the fitness status of Arsenal FC midfielder Alexander Song, but if he is fit for the final then he should start in the midfield; otherwise, Stephane Mbia should take his spot.

Geremi Njitap, Jean Makoun of Lille and the industrious Joal Epalle of VFL Bochum should also feature in the starting line up of the Indomitable Lions this evening.

Coach Otto Pfister would fancy his traditional 4-4-2 formation, with his midfielders being the key to the success of the team.

Coach Hassan Shehata will have an almost full squad for this game, as most of his key players should be available for selection. Mohammed Shawky, who was ruled out of the semifinal clash due to an injury, should get the chance to return to the team.

Hamburg Striker Mohammed Zidan, who came in as a substitute against Cote d'Ivoire, should also be a starter for the Pharaohs in this game.

Goalkeeper Essam Al Hadari of Al Ahli should be in goal for the Pharaohs. The stopper made some point blank saves in the semifinal clash to deny Ivory Coast the opportunity of getting back into the game, and it was only a scorching shot from Keita that could beat the impressive Hadari on the night.

The three-man Egyptian defence should have domestically-based duo of Sayed Moawad of Ismaili and Ahmed Fathi of Zamalek being joined by Wael Gomaa of Qatar' Al Siliya.

The attack line would be headed by Amr Zaki of Zamalek and Mohamed Zidan of German side, Hamburg .

Hassan Shehata would file his wards out in that familiar counter attack based 3-5-2 / 3-4-3 formation that the team has used in almost all its matches at this tournament so far.

The acclaimed “father” of Cameroonian football was instrumental in his team's semifinal victory over the Black Stars of Ghana, putting in decisive tackles that ensured the Cameroonians came out of the game unscathed. It will be interesting to see how he fares against the Egyptians in today's game.

The highly talented midfielder always is capable of turning the screw at any point for his team. He would surely be the key figure for the Egyptians in that midfield as they attempt to catch the Cameroonians on the break.

This game is going to be a very cautious affair in the early stages, as both teams attempt to size each other up for weaknesses. But the match should burst into life in the mid period of the first half. The Cameroonians should expect to have the upper hand in the midfield, considering that their players are a lot more physical than the Egyptians. But the Egyptian team would be looking to draw the Cameroonians into their half and then catch them on the break.

Referee Coffi Codja will have a very hectic time as there would be tackles flying in from all angles as both teams attempt to win the decisive midfield battle. I expect the Cameroonians to just about take this game - but only just.