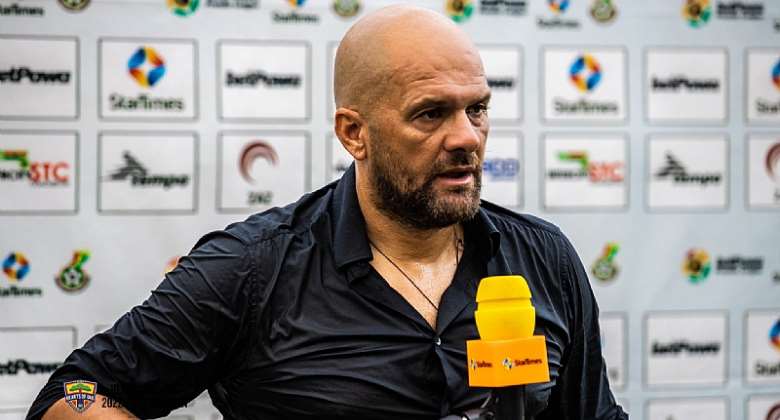 His comments come after the Phobians were bundled out of the MTN FA Cup over the weekend.

According to him, the club’s recent poor form is due to the decision by the board to allow the Serbian tactician to sack some key players.

“How can a new coach just decide to sack players he thinks are ageing without thorough knowledge about them? If you cannot adopt a technical direction that will suit the players available to you as a coach, you will always have problems and that is the exact problem Hearts is confronted with,” Polo said to Akoma FM in an interview.

The Ghanaian tactician added, “The players at Hearts are fantastic but it's the coach who needs to develop a strategy that will see Hearts winning. Sacking the players is not the solution.

“The coach (Slavko Matic) must be partly blamed for the poor run of the club, he needs to fix it as soon as possible.”

Hearts of Oak are recently on a very poor run. Having drawn all Ghana Premier League games in the last two outings, the Phobians have also been eliminated from this season’s MTN FA Cup following a 1-0 defeat to Dreams FC in Round 32.

Slavko Matic will hope to propel his side to a win when they travel to Medeama SC in the matchday 14 games on Saturday at the Akoon Park in the 2022/23 Ghana Premier League season.

Apologise for scandalous, false reportage or I boycott your ...
2 minutes ago

“I'm completely aware that you're suffering severe economic ...
14 minutes ago