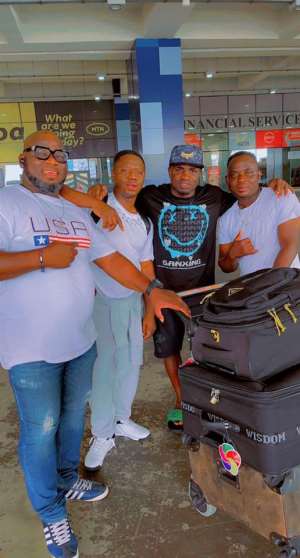 He was welcomed at the airport by the President of the Ghana Boxing Supporters Union, Seth Ashie, and former IBO Lightweight champion, Emmanuel Tagoe aka Game Boy.

He said the WBO has seen how Ghana is serious with boxing and has pledged to support the GBA.

The head trainer at Bronx Boxing Gym at James Town in Accra said the CEO of Swavy Blu Promotions, Mr. Menassah Tagoe, known to be the youngest promoter in Africa, and the President of the GBA, Abram Neequaye were also at the Convention.

According to Carl Lokko, his presence has paved way for Ghanaian boxers, Sheriff Quaye and John Laryea to be rated among the best in the world.

He advised local boxers, managers, and promoters to work hard to reach the top of world boxing.

“The Convention was an eye opener, It is good Ghana was represented. We were able to meet the President and other executives of the WBO, as well as top coaches, administrators, and ring officials," he said.