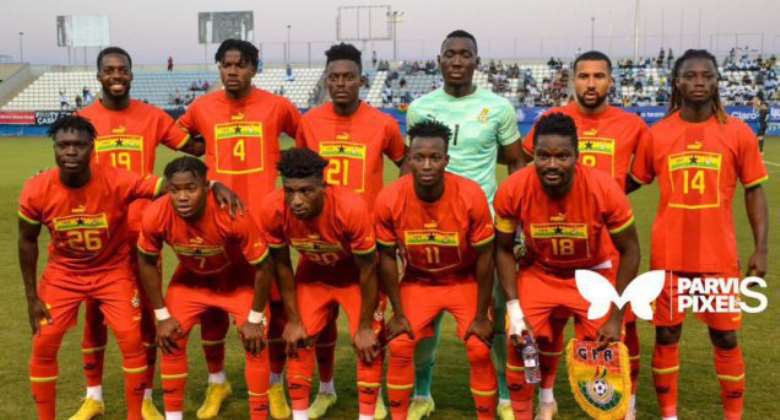 Youth and Sports Minister, Mustapha Ussif confirmed that government has budgeted $14.1 million for the Black Stars' campaign in the 2022 FIFA World Cup in Qatar.

The sector minister made this revelation on Friday on the floor of Parliament.

Ghana's appearance will cost an estimated 8,166, 200. 00 million USD from the total amount budgeted for the tournament at the group phase.

The Black Stars are also expected to spend $626,400 at the knock-out phase if they are able to finish as one of the top two teamsin their group.

This means that the amount of money budgeted for the semi-final and the third-place or final game is $4,671,900.

The Black Stars will open camp for the Mundial on November 10 in Abu Dhabi where they they will take on Switzerland in an friendly game on November 17.

Ghana, who have been housed in Group H will open their campaign against Portugal on November 24 at Stadium 974 in Doha.

The Black Stars having missed out in the last edition hosted in Russia in 2018 will be hoping to improve their performance in Qatar after exiting at the group phase during the 2014 World Cup in Brazil.

The appearance fee for the 2022 FIFA World Cup has been pegged at $10.5 million and $1.5 million has already been given to Ghana to prepare for the tournament.

Each participating team will receive an additional $9 million at the group stage level. $4 million at the round of 16 and quarter-final phase to take the total amount to $17 million.