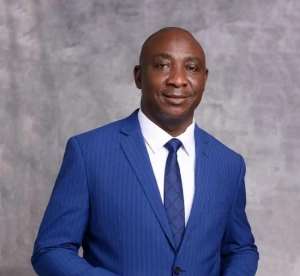 Ibrahim Gusau has emerged as the 40th president of the Nigeria Football Federation (NFF). He replaces Amaju Pinnick who recently completed his second term in office.

Only eight of the 11 aspirants were on the final ballot as Musa Amadu, Adam Mukhtar, and Suleiman Yahaya Kwande withdrew from the race. In the first round of the election, Gusau polled 21 votes, Seyi Akinwumi had 12 votes and Shehu Dikko had six votes.

Gusau would have been the outright winner of the election but he did not have the required 50 per cent +1 votes of the total 41 votes cast.

According to the NFF election rules, every candidate that had at least a vote could be a part of the runoff but Shehu Dikko, Seyi Akinwunmi and Abba Yola stepped down while Peterside Idah refused to step down. After the runoff, Gusau polled 39 Votes to Idah’s one to emerge as the new NFF president.

Gusau was a member of the Pinnick-led NFF board when he held the position of chairman of club chairpersons. He is the Chairman of the Zamfara State Football Association.