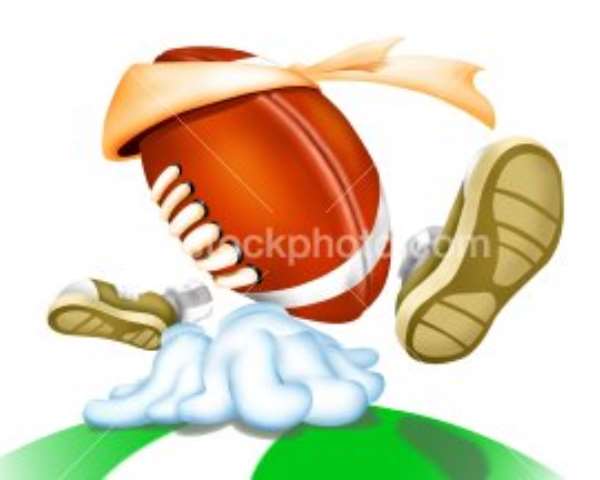 The Course was organised by the Ghana Rugby Association in conjunction with the Confederation of African Rugby and the International Rugby Board. The Course was aimed at whipping up enthusiasm in the support Rugby in the country that boast of very talented athletes.

According to the Chairperson of the of the Ghana Rugby Association, Gifty Annan-Myers, who is the only female Rugby President in Africa, the IRB decided to organize the Course as a follow-up to the West African U-18 Rugby Tournament hosted by Ghana in Obuasi last August.

She paid glowing tribute to the course instructor who is an IRB accredited Rugby Trainer for Nigeria & West Africa, Mr Ntiense O. Williams who have done justice to the assignment by IRB, and this could be seen in the thunderous applause from the course participant during the closing ceremony on Friday 11 November 2005. The 27-course participant were drawn from Schoolmasters & Rugby Players in and around the Accra metropolis, and was widely publicized in the national medias.

According to the course instructor Mr Ntiense O. Williams, “I'm very delighted to be a part of the development of Rugby in Ghana and have seen some promising coaches from the course”. “Once we knew the level of the course participants in the game, we tailor-made the course to sort with their level & benefit.

Each participant was given the opportunity to asses his or herself at the end of the course & write an examination, and received IRB certificates at the end of the one week long course. This is the beginning of the 'catch the young' program in Ghana and I'm very impressed at the level of response from the participants at the course, which had 26 male & 1 female coaches in attendance.”

The Chairperson expressed delight at the presence of the Chief Executive of Ghana Sports Commission Mr Charles Aryeh for their support of the development of Rugby in the country that was founded two years ago. “We need government assistance & support. We need financial assistance from the Government. Funds to execute our laudable programs” “presently we are associate members of the IRB, as such have not yet reached the stage where IRB gives us yearly subventions like other Rugby nations.

“I have been very fortunate, the Government gives me what I will call a listening ear, but we need funds to back it up” “If we have the funds to develop the sports, I can promise you that we will grow very rapidly because the game is a lovely sports & have so much international benefits which Ghanaian are very suited for. With the new sports bill coming out very soon, Aunty Gifty as she is fondly called is very optimistic that the fortune of Rugby will never be the same again in Ghana.