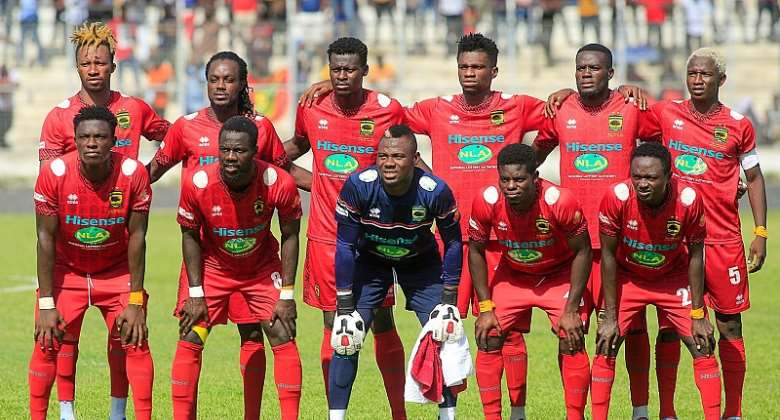 The fixture was initially scheduled for the new Stade de Yamoussoukro in Cote d’Ivoire on Friday, September 9.

Currently, Burkinabé teams are unable to host continental matches on home soil as national facilities are being renovated to meet the required standards set by the Confederation of African Football (Caf).

As a result, Kadiogo – as well as AS Douanes who will also be representing Burkina in the Caf Confederation Cup – secured approval to use the new 20,000-capacity Stade de Yamoussoukro which was commissioned in June as home grounds.

But with few days to hosting Kotoko, the Ivorian FA reneged on their approval for the use of the stadium by their cross-border neighbours citing the need for maintenance after the facility hosted the just-ended 7-team Wafu-B Caf Women’s Champions League qualifying competition.

Following consultations between the clubs through their respective Federations, Caf granted a switch of the venue and date for the match with Kotoko expected to be compensated for some costs incurred as a result of the change.

The Porcupine Warriors – already based in Accra – have now chosen to travel to Cotonou early on an almost 7-hour journey by road on Thursday to finalize preparations for the first leg encounter.

“Our Caf Champions League knockout stage game against RC Kadiogo has been rescheduled to be played in Cotonou (Benin) on Monday, September 12, 2022.

“As part of our preparation for the game, the team will depart this morning to Cotonou,” the Porcupine Warriors announced the new development Thursday.

The second leg has been confirmed for the Baba Yara Sports Stadium in Kumasi the following Sunday, September 18.