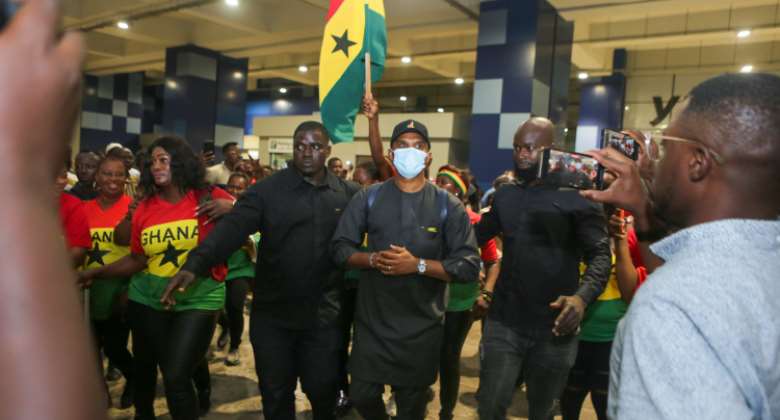 Samuel Eto'o Fils has tipped an African country to win the 2022 World Cup scheduled to be hosted in Qatar later this year.

In the history of the global showpiece, Africa's best performance has been playing in the quarterfinal stage.

The last country to play in the quarterfinal was Ghana in 2010 in South Africa.

According to Eto'o, sub-Saharan Africa's representatives at the Mundial can make a huge splash and even go all the way to win the World Cup.

"First of all I feel at home and I don't need a reason to be back home," Eto'o, who is the Qatar Legacy Ambassador Graphic Online when he touched down in Ghana on Thursday night.

"However I came with our brothers from Qatar for our national teams to get the best possible information so that they give us the best results and why not? Win the world cup for us," the former Barcelona and Inter Milan forward added.

Eto'o was received at the airport by the Spokesperson of the Ghana Football Association, Henry Asante Twum, and members of the Ghana Supporters Union.

The fans greeted the African football legend with cheer songs amid drumming and dancing.

Africa will be represented by Ghana, Cameroon, Senegal, Morocco, and Tunisia.