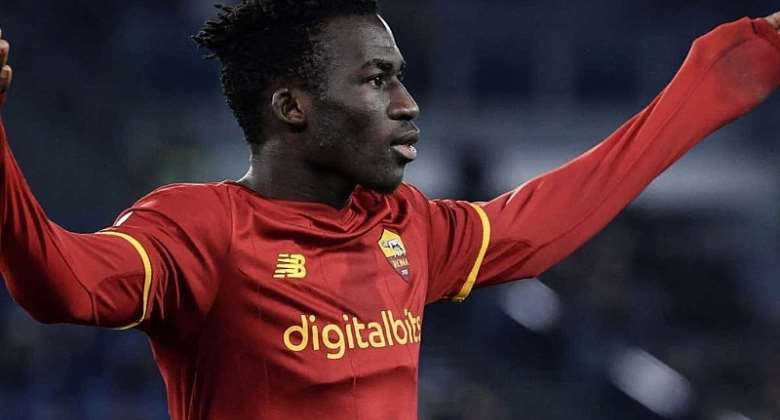 Cremonese are reportedly favoriterite to land the services of Ghana striker Felix Afena-Gyan from AS Roma.

The Serie A newcomers are pushing to sign Afena-Gyan, who has also been linked with Cagliari and Salernitana.

As the transfer window nears its end, Roma is attempting to secure a deal for Afena-Gyan.

General Manager Tiago Pinto has held a meeting with agents and club representatives in Milan, including Salernitana and Cremonese, who are both interested in the 19-year-old forward and reportedly willing to sign him permanently.

According to Tuttosport, Cremonese are currently leading the race after advancing a more compelling offer than Salernitana.

More developments are expected in the coming days as Pinto negotiates the departure of the Ghana international.

The 19-year-old was unused by Mourinho in Roma’s first game of the season which they won 1-0 against Salernitana.

Afena-Gyan had a breakthrough season last year when he was promoted to the first team by Mourinho.

He made his debut against Cagliari in Serie A in November 2022, before scoring his first two goals in the victory over Genoa.

Afena-Gyan in July signed a contract with Roma until 2026.