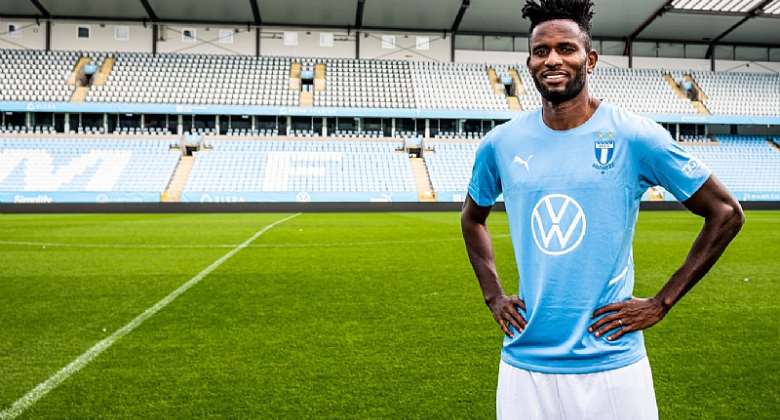 Swedish Allsvenskan giant, Malmo FF have announced that they have completed the signing of Ghana international Emmanuel Lomotey.

The 24-year-old midfielder has been signed from French Ligue 2 club Amiens SC to bolster the squad of the Swedish club.

Youngster Emmanuel Lomotey has signed a four-year deal and will spend the next few years of his career until 2026.

“Emmanuel Lomotey will be the association's fifth new acquisition this summer. The 24-year-old midfielder joins from French side Amiens SC and has signed a contract until 2026,” an official club statement from Malmo FF said on Tuesday, August 9.

The player who has several caps for the Black Stars will hope to find his feet in the Swedish Allsvenskan.

In the past, Emmanuel Lomotey played for Ghana Premier League side Dreams FC, as well as Spanish clubs, Extremadura UD and Villarreal B.

He says he is elated and will work very hard to excel at his new club in Sweden.