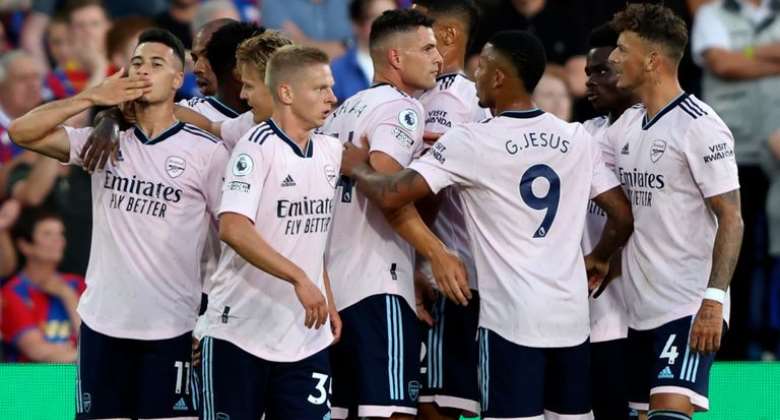 Arsenal started their 2022-23 Premier League campaign with a hard-fought 2-0 victory over Crystal Palace at Selhurst Park.

The visitors dominated the opening exchanges and deservedly took the lead when a well-worked corner led to Gabriel Martinelli heading them in front. Later in the half Palace came back into it, with Odsonne Edouard forcing a fine save out of Aaron Ramsdale.

Eberechi Eze forced another good save from Ramsdale early in the second half, but despite more possession Palace couldn’t force an equaliser and a late own goal by Marc Guehi secured all three points for Arsenal.

Palace now travel to face Liverpool at Anfield a week on Monday, while Arsenal are at home to Leicester a week on Saturday.