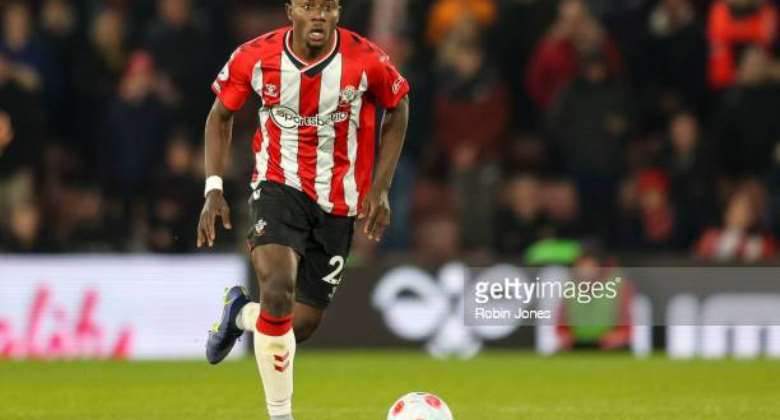 Southampton defender Mohammed Salisu has made himself available for future Black Stars call-ups.

According to Joy Sports, the Southampton defender has communicated his decision to the Ghana Football Association [GFA].

The 23-year-old has been on the radar of the GFA for more than two years in a bid to lure him to play for Ghana.

Salisu was recently visited in the UK by GFA president Kurt Okraku and it is believed the defender gave him his word that he will be available for the Black Stars ahead of the World Cup.

Henry Asante Twum, a spokesperson for the Ghana Football Association (GFA), recently stated that he does not doubt that Mohammed Salisu can strengthen the Black Stars team, but that Otto Addo must make the final judgment.

"We are engaging a lot of players ahead of the World Cup and we are in the advanced stage," he said.

"The FA will soon come out with the names of the players. With Mohammed Salisu, I have no doubts that he will improve Black Stars but Otto Addo and the Black Stars technical team.

"GFA boss, Kurt Okraku has held talks with him but the final decision is with the coach," he added.

He is expected to be in Black Stars' squad for the doubleheader against Angola in the 2024 Africa Cup of Nations [AFCON] qualifiers in September and also to feature in the 2022 World Cup in Qatar.

Salisu started his senior career with Valladolid, featuring for the reserve side before making his first-team debut in 2019. He made 34 appearances for the club before joining Southampton for a £10.9 million fee in 2020.

Salisu made his Southampton debut on 11 February 2021, six months after signing for the club, playing the full 90 minutes and keeping a clean sheet in a 2-0 FA Cup away victory over Wolverhampton Wanderers as Danny Ings and Stuart Armstrong scored a goal each to send Southampton through to the quarter-finals of the competition.

The 23-year-old made 34 appearances for Southampton last season in the Premier League.