Yakubu gets permanent deal at Vitesse 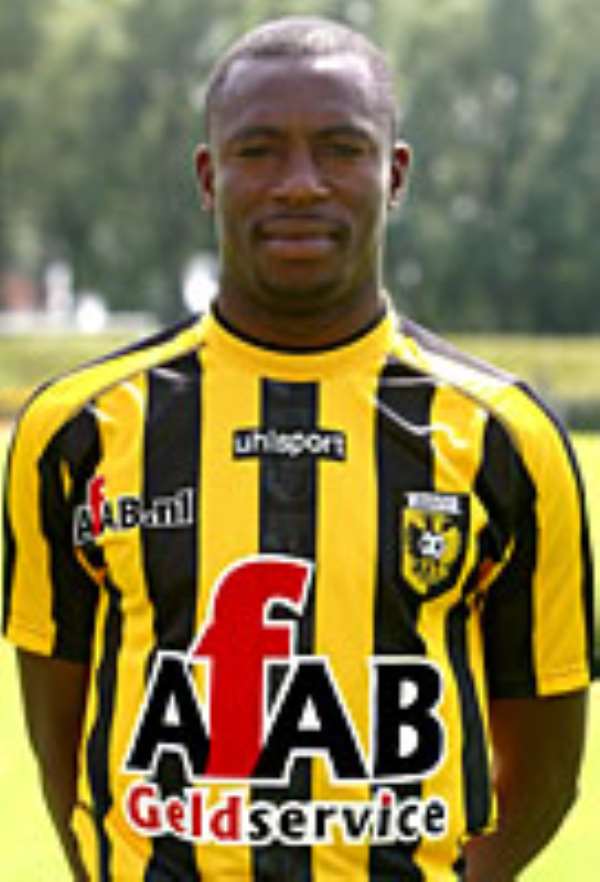 Abubakari Yakubu will stay at Vitesse, the club he was loaned out to by Ajax at the start of this season. The Arnhem Eredivisie outfit signed the Ajacied (23) on a permanent four-year contract today. The reported transfer fee for the Ghanaian midfielder, who played 65 Eredivisie games for Ajax is 750,000 euros. Vitesse are in financial trouble and effectively under legal restraint of the Arnhem city council. The club could not have afforded the transfer without the help of external financiers and a fundraiser by the 'Friends of Vitesse' supporters club. PSV, AZ and Olympique Lyon were reportedly also interested in the midfielder's services, but when Yakubu first joined Vitesse on a loan deal on 13 July 2004 an option for Vitesse to land the player permanently was included in the deal. Abubakari Yakubu (born Tema, Ghana, 18 December 1981) was scouted by Ajax in Ghana in 1999 and made his first team début for the Amsterdammers on 19 April 2000 in the Eredivisie away game at FC Den Bosch. Yakubu had his best season for Ajax in 2001-2002: he saw action in 25 league games and won the 'double'. In total he had 88 official appearances for Ajax: 65 in the Eredivisie, 19 in UEFA competition (including 11 Champions League matches) and four in domestic cup games. His last appearance for Ajax was the 16 May 2004 Eredivisie away game at Willem II.

Yakubu is the second Ajax player contracted by Vitesse this week. A few days ago the Arnhem club also signed Young Ajax left winger Etienne Esajas, whose contract expired at season's end. Ajax reportedly offered him a one year extension, but the 20 year-old forward was reportedly unhappy with the new offer and opted for a move. (MP)