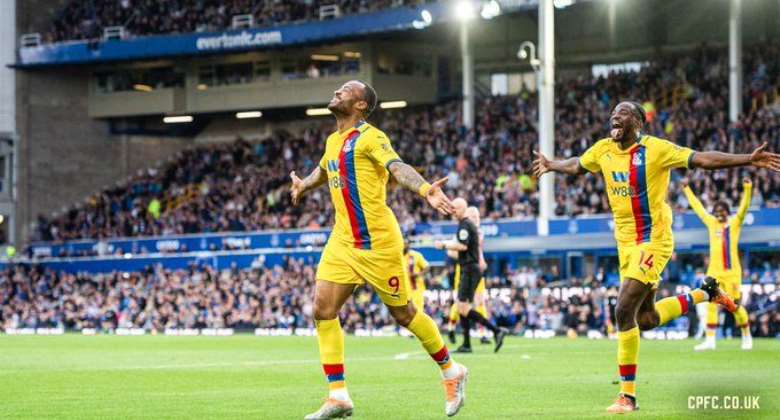 The experienced forward today started for the Eagles when the side visited Goodison Park to take on relegation-threatened Blues.

In an explosive start to the game, both teams pushed to get the opening goal to the delight of fans, especially the neutrals.

After just 21 minutes of play, Jean-Philippe Mateta found the back of the Everton net to give Crystal Palace the lead.

Building on that momentum, the visitors netted a second 15 minutes later. This time around, it was Black Stars attacker Jordan Ayew who pounced on a loose ball to increase his tally of goals this season to three.

In a game Jordan Ayew lasted 90 minutes, the forward impressed with his displays and finished the game with a rating of 7.2 per SofaScore data.

Unfortunately for Crystal Palace, the team was poor in the second half and paid for it. A determined Everton side displayed enviable resilience as the team came from the two goals down to record a 3-2 win.

On the matchday, goals from Michael Keane, Richarlison, and Dominic Calvert-Lewin propelled Everton to the victory that has seen the team escaping relegation this season.