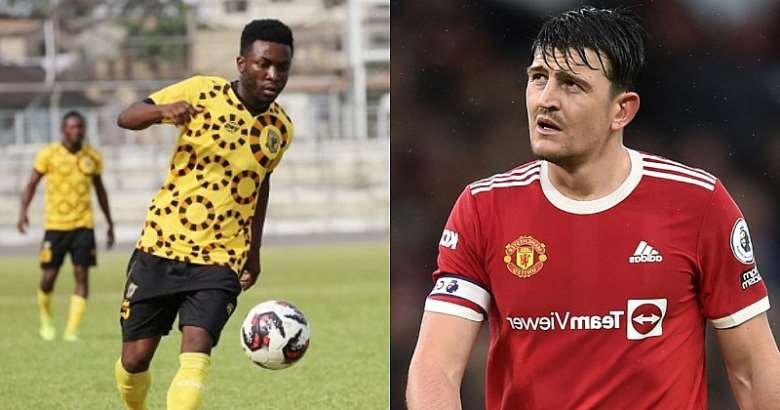 AshantiGold SC midfielder, Seth Osei claims he is innocent of the match-fixing scandal between his club and Inter Allies, claiming the two own goals that led to the probe into the match were normal errors.

Players and officials of both clubs have been sanctioned on various grounds after the Disciplinary Committee of the Ghana Football Association [GFA] established both sides played a match of convenience in their matchday 34 games at the Obuasi Len Clay during the 2020/21 campaign.

Hashmin Musah deliberately scored two goals and later claimed he scored the goals to ruin a bet that has been placed on the game.

According to Seth Osei, who has been slapped with a 30 months ban, even Manchester United captain Harry Maguire scores own goals defending the awkward goals scored by Hashim Musah.

"I can confirm that we played a competitive game against Inter Allies in Obuasi," he told Kumasi-based Pure FM.

"Hashmin Musah decided to score two own goals and for me, it happens in football and I don't have any issue with that because Harry Maguire who is a top player has been scoring own goals.

"I am innocent of this scandal. I was never involved in this. It was a competitive game so why the ban?."

Both clubs have been demoted to Division Two with heavy fines.