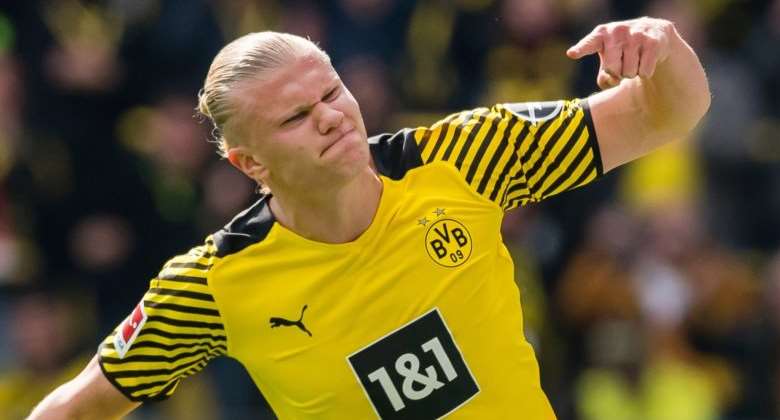 Erling Haaland’s move to Manchester City has been confirmed, with the 21-year-old set to leave Borussia Dortmund pending agreements on personal terms, the English side confirmed on Tuesday.

After widespread reports earlier this week that a deal would be announced imminently, City have stilled a whirlwind of speculation by confirming the news. He will swap the Westfalenstadion for the Etihad in the summer, with the timing of the announcement allowing him to bid farewell to Dortmund fans at their final game of the season against Hertha Berlin.

"Manchester City can confirm that we have reached an agreement in principle with Borussia Dortmund for the transfer of striker Erling Haaland to the Club on 1st July 2022," the club statement read.

"The transfer remains subject to the Club finalising terms with the player."

Following breakthrough spells at Molde in Norway and Red Bull Salzburg in Austria, Haaland moved to Dortmund in December 2019 for around €20m (£17.1m). He has gone on to score 85 goals in 88 appearances for BVB in all competitions, making him one of the most prolific forwards in world football.

While Pep Guardiola refused to talk about City’s new signing before their meeting with Wolves on Wednesday evening, with his press conference coming before the move was made official, other managers have given their views on the transfer. Asked about Haaland’s arrival in the Premier League, Jurgen Klopp said: “I signed a new contract knowing that City would not stop developing.

“It’s not about City to define if we can be happy or not. It’s about us and what we can make of it. We have so many opportunities and so many different ways to win a football game and we have to choose one and it’s possible that we can do that.

“If they sign Erling it will not weaken them. It’s often spoken about, his transfer.

“At the moment there’s a lot of talk about Erling, and other people talk about money, but this transfer will set new levels.”

City have seen off interest from Real Madrid, Paris Saint-Germain and Chelsea, among others, with the latter hamstrung by the ongoing sale process which has followed Roman Abramovich being sanctioned by the UK government. Asked before Chelsea’s midweek trip to Leeds whether he could give Haaland any advice on his move to the Premier League, Thomas Tuchel said: “Me? Giving advice to Haaland?

“No advice, no advice… if he does not play for us, I will not give any advice.”

Going to the IMF with Ken Ofori-Atta as the lead will yield ...
6 minutes ago