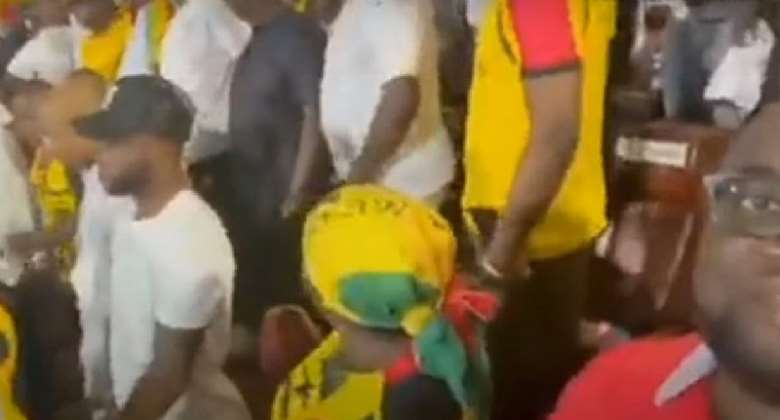 Several dignitaries trooped to the Baba Yara Sports Stadium for the 2022 World Cup Playoff game between Ghana and Nigeria.

The Black Stars were hoping to win over the rivals to book a ticket for the 2022 World Cup in Qatar.

However, after 90 minutes of action, the much-anticipated game ended goalless.

Ghana and Nigeria played out a 0-0 draw in the first leg of their World Cup playoff in Kumasi, leaving the tie wide open when they meet again in Abuja on Tuesday to decide a place in Qatar.

Home side Ghana had more of the possession, but only twice did they test goalkeeper Francis Uzoho, who made a stop from a stinging shot by Issahaku Fatawu and then again late on from Mohammed Kudus.

Nigeria’s best chance came through Moses Simon ten minutes into the second half, but he fired straight at the goalkeeper from ten yards out.

The Super Eagles were awarded a penalty with 15 minutes left when Idrissu Baba Mohamed handled the ball after being tripped in his own penalty area, but after a VAR check the referee overturned his decision after deciding that the Ghana man had been fouled.