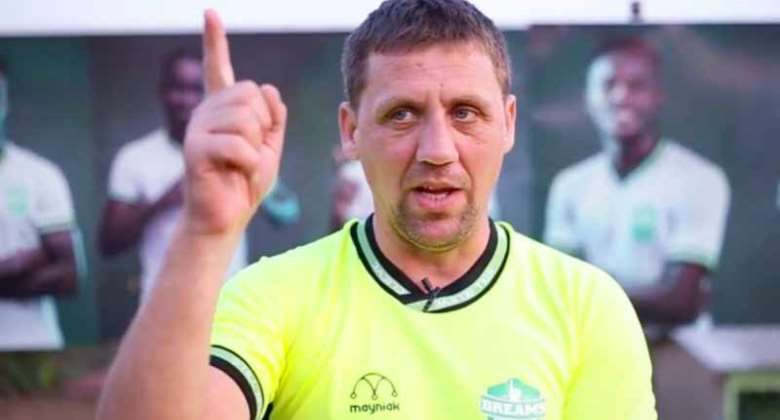 The Serbian trainer took over the club as head coach in January 2021, replacing Winfred Dormon.

Dreams FC suffered a 2-1 defeat to Berekum Chelsea in the matchday 16 games on Sunday at the Theatre of Dreams in the ongoing 2021/22 Ghana Premier League season.

According to a statement on the club’s website, the two parties decided to end the relationship due to issues concerning the club’s performance.

“Both parties came to an agreement upon several considerations on issues concerning the club’s performance and personal reasons sited by the Serbian trainer," a club statement read.

"Viric however expressed his fondness for the club but retreated the need to move on to other challenges.

"We wish him the very best in all of his future endeavours.

"Viric masterminded a seventh-place finish with Dreams FC in the 2020/2021 Premier League season."

Dreams FC sit 11th on the league log with 20 points. The Still Believe lads will be hosted by Medeama SC at Akoon Park in the matchday 17 games.