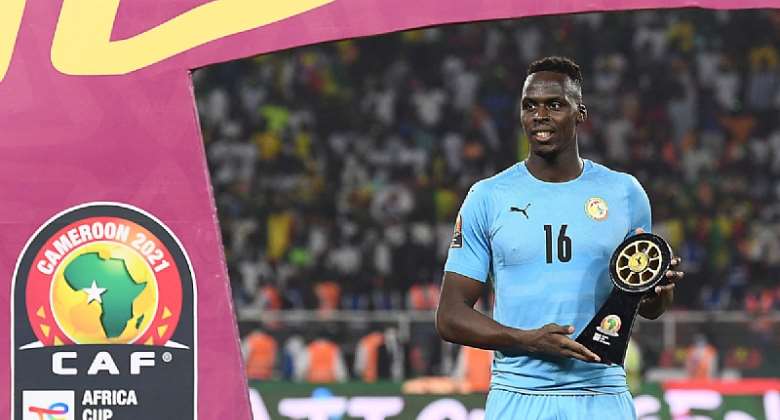 Senegal's Edouard Mendy with his goalkeeper of the tournament award. (Photo by Charly Triballeau / AFP)

Chelsea shot-stopper Edouard Mendy was named the best goalkeeper of the tournament after his side, Senegal won the tournament 4-2 on penalty shootouts.

Gabaski was a livewire for the Pharaohs in their quarterfinal and semifinal games. He made some superb saves.

Gyan speaking after the game said Gabaski deserves the award despite the defeat.

“For me, I feel Gabaski has got that positive energy he uses to follow the team. For ten years, for him to be a second goalkeeper, there’s something he is doing behind the scenes to help the players," Gyan said on SuperSport.

“Even when he’s on the field, the way he controls them you would see he’s a motivator. That’s why he’s been there all these years and when he had his chance, he was able to deliver. For me, I feel he was the best goalkeeper of the tournament.

“No disrespect to Mendy but he [Gabaski] did everything to keep Egypt in the tournament,” he added.