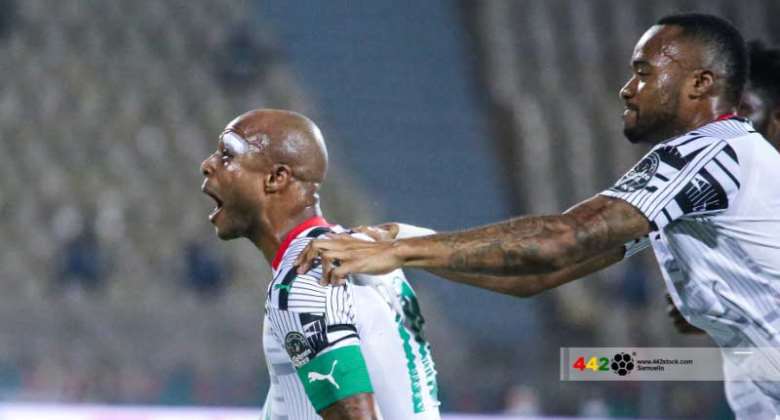 Sola Ayew, the uncle of Andre Ayew and Jordan, has challenged the Black Stars management committee to axe his nephew if they don't merit a call up to the national team.

The Ayew brothers, who have played the national team for the past decade have come under the spotlight after Black Stars abysmal performance at the 2021 Africa Cup of Nations [AFCON] in Cameroon.

Jordan Ayew, who has been a poor form for the Black Stars was taken to the cleaners for his unimpressive performance in the team's 3-2 defeat to Comoros.

The Black Stars finished bottom of Group C with just a point from 3 matches in a group featuring Morocco, Gabon, and debutantes Comoros.

But speaking in an interview, Sola Ayew called on the management of the Black Stars to exclude the Ayew brothers from the national team if they don’t merit a call-up.

“If you ask me whether the national team is not a reserve of the Ayews, then drop them [from the national team]. It’s not me or Abedi Pele or the boys who pushed for their invitation," Solar, who is a former Ghana international told Adikanfo FM.

According to him if there are better players than the Ayews, they deserve to be given the opportunity. He explained also that being tagged as ‘owning the Black Stars as a family property is not a bother.

“We hear those rumours but it does not disturb us because it’s part of football. If those who criticize the Ayews do not exist, football will not be complete. When we are not doing well and there are players who are better, drop them,” Sola Ayew added.

Sola [Kwame] Ayew who is a former Ghanaian footballer played as a striker and spent most of his time in Portugal where he appeared for four teams in the 90s, amassing 131 appearances with 51 goals for six seasons.