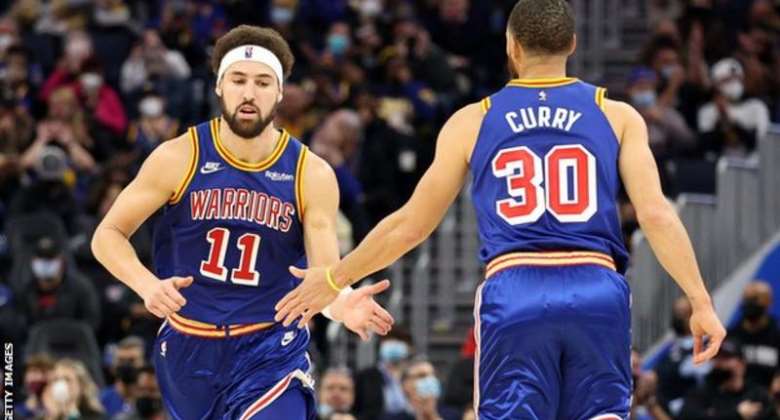 Klay Thompson had his best game since returning from a 31-month injury absence as the Golden State Warriors saw off the Detroit Pistons 102-86.

Thompson hit a game-high 21 points in just his fifth appearance since returning from anterior cruciate ligament and Achilles tendon injuries.

Andrew Wiggins scored 19 points and Steph Curry, back after a one-game absence, added 18.

Rodney McGruder scored a season-high 19 points off the bench for the Pistons.

"I don't care if I miss 100 shots in a row, I'm never going to stop shooting the ball. I love it too much and I work too hard not to."

Anthony Edwards scored 21 points and Towns added 20 for the Wolves, who won for the sixth time in eight games.

Alec Burks missed a three-pointer that would have won it for the Knicks with just one second remaining.

'Parties must have functioning offices, file their accounts ...
39 minutes ago