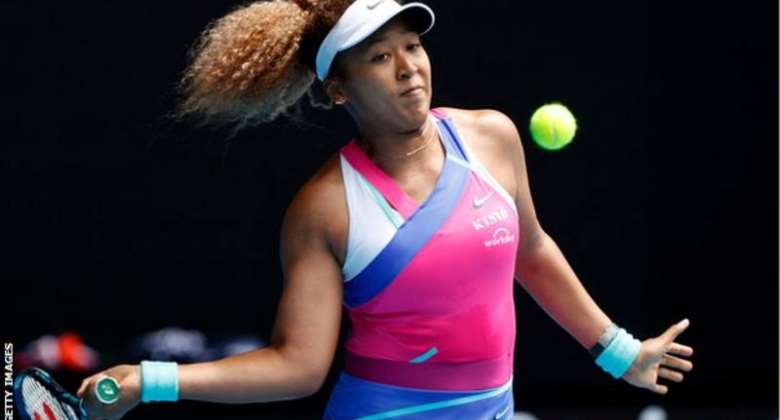 Japan's Naomi Osaka opened her defence of the Australian Open title with a dominant win over Colombia's Camila Osorio on day one in Melbourne.

Osaka, also champion in 2019, raced into a 5-0 lead in the first set before world number 50 Osorio fought back.

However, Osaka quickly reasserted her control and wrapped up a 6-3 6-3 win.

After taking a four-month break at the end of last season to protect her mental health, the 24-year-old returns to Grand Slam action as the 13th seed.

"I thought I played pretty well given the circumstances," said Osaka, who has won 23 of her past 24 matches in Melbourne.

"Overall I'm happy to be here and see everyone in the audience.

"I like the hot conditions but when I come here every one is warm and welcoming. I'm sure that has a positive effect on me."

American teenager Coco Gauff, the 18th seed, was eliminated on the first day as the 17-year-old lost 6-4 6-2 to China's Qiang Wang.

The 30-year-old world number 112, who is trained by former Wimbledon champion Pat Cash, led 5-0 in the second set before sealing the victory.

Tunisian ninth seed Ons Jabeur, who injured her lower back during the Sydney Classic last week, withdrew from the tournament before her first-round match against Spain's Nuria Parrizas Diaz.

"Unfortunately, the pain is still very present and playing in such conditions could jeopardise my whole season," she posted on Twitter.