Proposals for Assessment: “In search of Excellence” 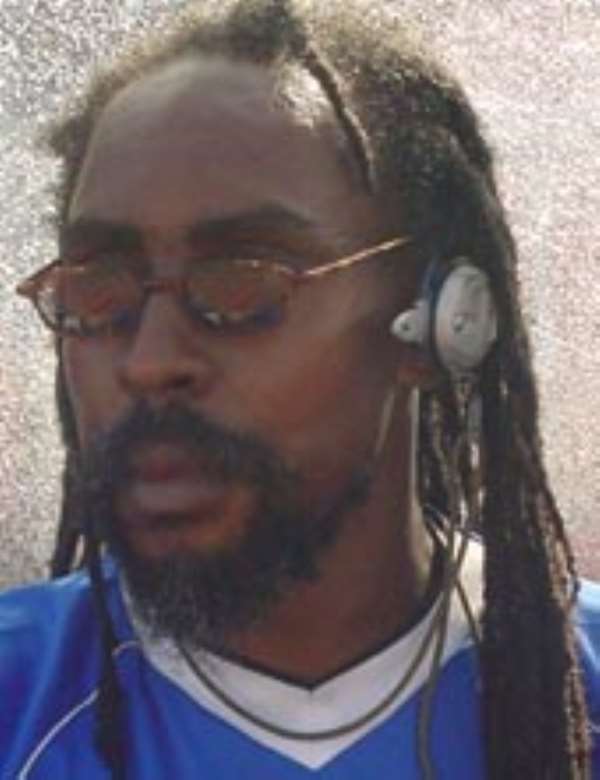 Referees have continued to be the focal point of attention from football pundits and critics alike over the way Senior Football has been handled by them. In particular there has been concern over the susceptibility of Officials to fall foul to offers of bribery before a game as well as a total lack of confidence in the Referees ability to apply the “laws of the game” correctly.

Although the Ghana Football Association has attempted to quell the demise of the Referee this problem has been further exacerbated by frequents incidents which has displayed a lack of professionalism and in many instances tended to highlight Referees who applied the “laws” incorrectly and not as directed by FIFA.

This has led to a further lack of confidence in us as Officials and all too often Referees have been left battle-scarred through attacks from supporters and players alike over so-called “controversial decisions.

Criticism of Match Officials remains highly placed on the Football Agenda of Ghana as an issue to be addressed not only by the Football Authorities but also by us as an Association of Referees. We are under represented as Officials in most major football competitions world-wide, whilst home grown talent plays abroad! A Process of Elimination The “Assessment” system applied in the United Kingdom is a very onerous and sometimes stressful process. However it serves its purpose, separating the most competent from those who are not yet at that level. A Referees “League Table” running parallel to the League Fixtures features strongly throughout the season where the last two Referees are relegated to a lower division for the on-coming season.

The “Assessment” system is also very useful in assisting Referees to become better Referees and is primarily for this purpose. Through comprehensive written feedback the Referee being assessed can focus in on his or her strengths and weaknesses with the aim of addressing them at their next appointment.

My proposal essentially requires former Referees to act in an Official capacity as impartial Assessors. Initially there would be no more than perhaps 6/7 Assessors working from the model of the “Referees Assessment” of the Football Association of the United Kingdom.

The assessment would begin from the time the match officials arrive at the venue for the match up until the point of departure. This would include the time of arrival and dress code of the officials and last but not least their application of the laws of the game throughout the match

A mark would be given from 1-10 of all Officials assessed and this would be correlated throughout the season and the “League Tables” up-dated. The respective candidate could expect to be recommended for promotion, further training and/or refresher courses, which would also form an integral part of the Assessment procedure. Referee Association Dress Code The implementation of this programme would see the introduction of the Accra Referees Association dress code” which would ensure Referees and their Officials attended to their appointments appropriately dressed. The “dress code” in my opinion should be the introduction of the “Accra Referees Association Tie”.

This would require all Referees to wear a shirt and tie to matches even if one chose to wear a short suit, and basically this would conform to the status quo as applied in Europe and encouraged by FIFA.

An example of the Assessment Form can be viewed below:- The Assessment Form Date: 19th DECEMBER 2001 Name of Candidate: Match: Ghana Black Stars V Accra Hearts of Oak Match Venue: ACCRA SPORTS STADIUM Weather Conditions: Hot & humid with clear skies State of Ground: Dry and hard Appearance: The candidate was appropriately dressed and appeared confident Signals: Whistle was clearly heard although on occasions the candidate failed to indicate in-direct free-kicks. Stoppages: Most decisions were given promptly, with no undue delay in re-starts, players encouraged to hurry up. Advantage: The candidate played little advantage in this match. At the times advantage was played there were no clear signals to indicate this. Co-operation with Linesmen/Women: This was generally ok. However there were a number of incidents where the candidate and the Linesman were indecisive, especially at throw-ins around the half-way line. It seemed as if there were no clear guidelines as to who should signal thrown-ins around this area. As well as this there were too many situations where the candidate through poor positioning (see positioning & movement) consistently had his back to the relevant Linesman. Application of the Laws: The candidate demonstrated a working knowledge of the Laws, both technical and penal and applied them accordingly. On a couple of occasions the candidate awarded offside (on his Linesman’s signal) when it was questionable whether the player concerned was in active play, and I would suggest that the candidate takes a moment to consider this. Positioning & Movement: Although the candidate at times demonstrated the appropriate level of fitness, the candidates patrol path (diagonal) could be greatly improved! The candidate tended to take a very narrow path, very rarely getting wide out to the wings. The candidate should aim to get out to the wings as much as possible whereby play, the goal under attack and the Linesman can be viewed; when play is on the left (opposite the Linesman. The candidate should be prepared to go wider, outside of play, whilst when play is on the right the candidate should come possibly a little right of centre, without going to far across,) maintaining good vision on the dropping zone and off the ball incidents, not to mention the Linesman once again! Similarly the candidate should always seek to follow through into the penalty area so as to view closely goal-mouth incidents. Positioning at corners should also take you into the penalty area and Free-Kicks would be best monitored from around the dropping zone, or just goal-side of the “off-side line” wide. Overall Control and Authority: The candidate was always in control of a relatively competitive game. General Remarks & General Advice: The candidate should not become too involved with injured players. Once the candidate has requested assistance he should stand back and keep watch on what is happening elsewhere! Remember to operate on the “outside of play” looking through the players at the Linesman as you can’t see what is happening behind your back. The candidate should take up positions in the penalty area more often and patrol the area during corners. There were too many foul throws that were not penalised throughout this game and I suggest that these are picked up in future. Equally if a throw in is not taken from the correct place this is a foul throw and a throw-in should be awarded to the opponents. Finally the candidate should note that it is mandatory to issue a caution to any player who denies his opponent the opportunity to take a quick free-kick. Date: 19th December 2001 Name of Assessor: Nana Kwaku Agyemang

Missing pregnant woman sparks fear and panic in Takoradi as ...
11 minutes ago

NPP urge party members to be ready to accept Akufo-Addo’s ne...
22 minutes ago