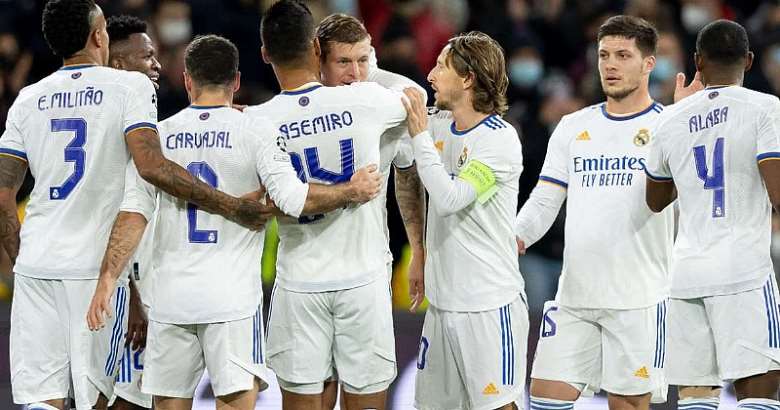 After Inter had the better of the early stages, Kroos opened the scoring after 17 minutes crashing an unstoppable left-footed drive home from 20 yards.

The game remained competitive but the hosts were always the more threatening and Rodrygo was close to scoring when Kroos found him in the box and he smartly turned and shot at goal, only for the ball to ricochet off the post and to safety.

The match ended as a contest when Nicolo Barella was sent off for retaliation after Eder Militao had barged him into the advertising hoardings. Barella lashed out punching the Brazilian defender in the leg and, seemingly after consulting a voice in his ear, the referee sent him off.

The second Real goal even outdid the first. Asensio was on the field a minute when Luka Modric squared a ball to him on the edge of the 18-yard box and the substitute took a touch before curling an effort in off the far post.

The victory sees Carlo Ancelotti's end the group stages on 15 points, with the only blemish caused by the shock defeat to FC Sheriff. Inter end the group second with 10 points.

Finance Minister announce transactions to be excluded from E...
3 minutes ago