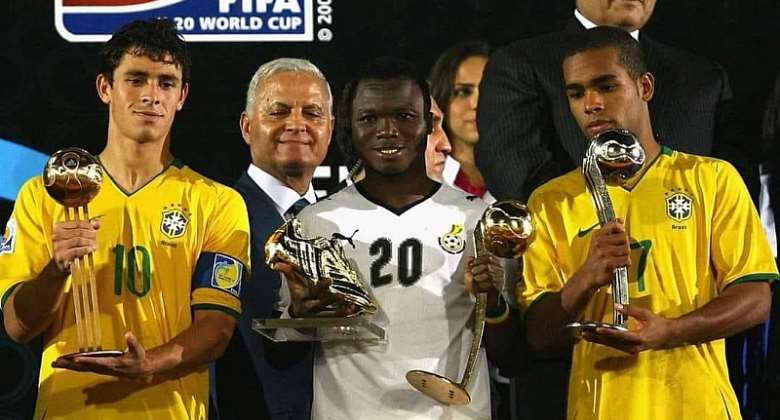 Adiyiah was touted as the next big thing to happen to Ghana football following his explosive performance during the 2009 U-20 World Cup in Egypt.

He was awarded the Golden Shoe for the top scorer gong with eight goals in seven games and also emerged as the Most Valuable Player [MVP] of the tournament as the Black Satellites were crowned champions.

“We don’t treat our players well. Now, the country is struggling to find Asamoah Gyan’s replacement. If we had taken good care of our players, by now Dominic Adiyiah could have stepped up and bagged the goals for the Black Stars," Quaye, who was part of Ghana's squad for the 2006 World Cup in Germany stated.

“If I may ask, where is Adiyiah now? Honestly, we are the cause of his downfall.

“I will blame the Ghana Football Association and the technical handlers of the national team for Adiyiah’s struggle because there was no consistency in handing him a call-up," he added.

After the 2009 tourney, Adiyiah was weaved into the Black Stars and featured at the 2010 FIFA World Cup in South Africa.

In August 2008, Adiyiah made the move to Europe, being signed by Norwegian top-flight club Fredrikstad for a fee of £100k (approx. €125k as of that time).

He signed a mouthwatering contract with Italian powerhouse AC Milan.

Adiyiah, 32, is currently a free agent after being released by Thai League 1 club Chiangmai United Football Club in January this year.