World will be watching Ghanaian-born Adu 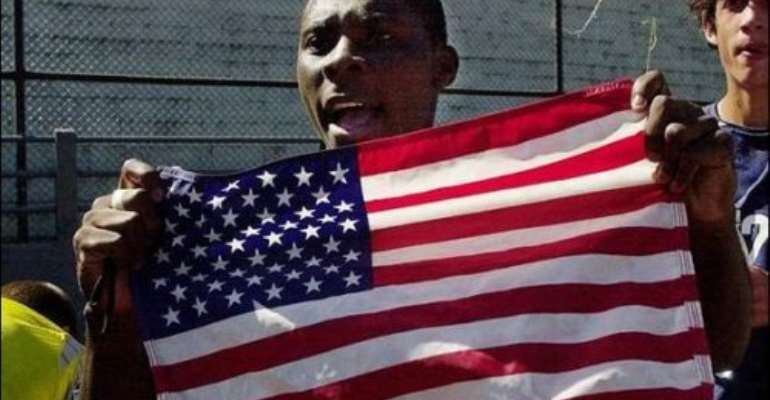 The crowds follow him everywhere now. They know when Freddy Adu will be playing soccer, and they flock to see him, often thousands at a time, hoping to get a glimpse. Curiosity draws them -- the 14-year-old prodigy has received worldwide attention -- and, inevitably, they depart with new tales to tell.

Executives at Nike debate how to best market Adu after signing him to a multiyear deal worth $1 million in May and world soccer powers such as England's Manchester United search for ways to acquire him. Normalcy -- something Adu's mother, Emelia, hoped to ensure by turning down a lucrative offer from the Italian team Inter Milan several years ago -- must be redefined daily as a young man learns to cope with international celebrity and unparalleled expectations.

As bizarre as things have been for Adu -- needing a police escort to escape a postgame throng of fans is not uncommon -- they could get even more crazy this week when he participates in the Under-17 World Championship, his first major international tournament. The prestigious 16-team biannual event sanctioned by FIFA, the sport's world governing body, will be held in Finland. The tournament will be heavily scouted by all the world's best pro teams, and it has launched the careers of many of the game's elite.

Should Adu, whose family emigrated from Ghana to Potomac, Md., in 1997, fare well against such stiff competition his contractual and endorsement value would soar and a host of other playing opportunities could arise, including perhaps, participating in the 2006 World Cup in Germany at age 17.

"Everything depends on how I perform at world championships," Adu said. "That's when other opportunities are going to come my way. So I've just got to go in there and do my best and play hard and hopefully I'll get some more inquiries from [foreign] clubs or a chance to play with the [U.S.] under-20s."

Adu has done little to decrease the hype in games leading up to this summer's world championship. He scored three goals in 24 minutes a week ago in an exhibition against the under-18 team of English Premier League club Blackburn Rovers, then scored the game's only goal on a penalty kick against Australia's under-17 team in the next match. On Thursday, he scored the tying goal and had an assist on the game-winner as the U.S. team defeated Manchester United's under-18 team, 2-1.

"At most of our games we've had 2,000-plus people, and they are there looking for something special out of Freddy," said U.S. coach John Ellinger. "He is a very electrifying player and when he gets that ball they all lean forward in their chair wondering what he is going to do. People have made their comparisons with [Diego] Maradona and Pele already, but if you talk to Freddy about it he says, `I just want to be Freddy.' He has kind of developed his own style, and I think one of the greatest things about Freddy so far is being able to rise and meet the various challenges he faces."

In April the volunteers at a tournament in Dallas were completely overrun by hordes of fans clamoring for Adu. The additional security at a series of exhibitions in California one month later was a small deterrent: Adu required police assistance after his first game and for the next contest the team was driven to the field in three white vans.

"For years there was no one watching us," said Richmond's Corey Ashe, co-captain of the under-17 team. "And now, because of Freddy, all of that has changed."

"It is a lot to bear," Adu said. "But if you play well I guess all of this stuff is just going to keep happening. You can't really do anything about it, and I try to think of it as a reward for how hard you've been training, and how much better you've gotten."