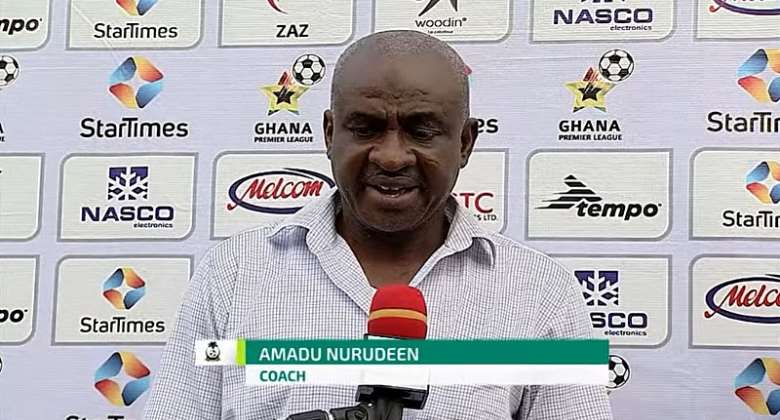 The Porcupine Warriors kicked off the 2021/22 football season on a bright note under Prosper Narteh Ogum, recording four wins and draw in the first five games.

However, in the matchday six games, Nurudeen Amadu led King Faisal to beat Kotoko 3-2 at the Baba Yara Sports Stadium on Sunday to end the unbeaten run in the Kumasi derby.

Forward Zubairu Ibrahim scored a superb hat-trick for the 'Insha Allah' side.

At the post-match conference, Nurudeen Amadu said the Porcupine Warriors still have what it takes to win the league despite the defeat.

“I still believe that Kotoko have what it takes to win the league because of what they did against us. Honestly speaking they played well and then when you play against such a team you need to be cautious and know exactly what you want to do," he said after the game.

“I think that we did the needful, we sat back and took them on the break,” he said.

King Faisal are currently joint top with Kotoko, with both teams tied on 13 points.