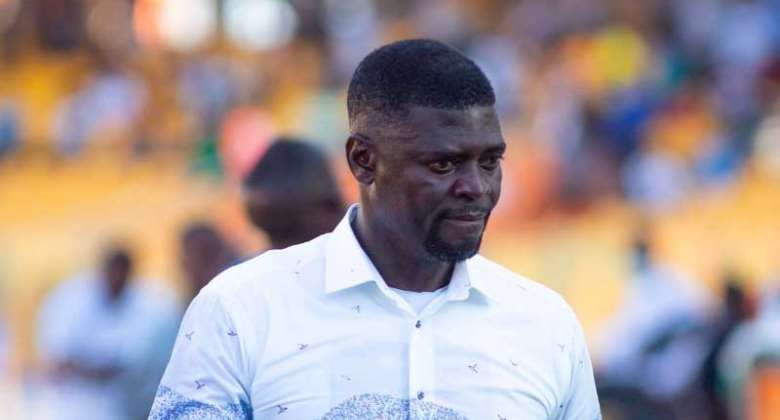 The management of Hearts of Oak will hold a crisis meeting with head coach, Samuel Boadu following the club's abysmal Africa campaign.

The future of coach 36 year old has been questioned after the club's latest defeat to JS Saoura.

The reigning Ghana Premier League champions fell into the CAF Confederations Cup after being knocked out by Algerian side Wydad Athletic Club in a 6-2 aggregate scoreline.

After being dropped to the CAF Confederation Cup, the Phobians fell on the sword of another Algerian side (JS Saroua) that humiliated them 4-0 on Sunday, December 5, 2021.

Following the defeat on Sunday, December 5, 2021, the management of Hearts of Oak are on the verge of taking a decision on the future of Boadu.

However, sources say, the management is set to stick with Boadu as they believe he is still the man to turn things around for the club.

Hearts’ performance in continental assignment is not different from their domestic form.

The Premier League champions are struggling to replicate last season’s form with no victory recorded in their opening five games.

Hearts of Oak have lost two and drawn three of their games and are currently in a relegation brawl with a match to spare.